TLU SA on 27 May 2020, formally requested President Cyril Ramaphosa to set up a judicial commission to investigate the illegal trade of cigarettes and expose all parties involved. Following the sudden about-turn on the sale of tobacco products, social and other media are abuzz with speculation that members of the seemingly clandestine Command Council are involved in the illegal cigarette trade.

“It is in the interest of South Africa and the persons involved to launch an urgent, decisive investigation to expose any illegal dealings to legal scrutiny,” says Mr Louis Meintjes, the president of TLU SA. “The ban on the sale of tobacco products serves no purpose since smokers turned to the black market to buy cigarettes. The only people to benefit from the situation, are those involved in the illegal trade of cigarettes. This is significantly damaging to the state fiscus.”

From an agricultural viewpoint, the ban on the sale of tobacco products has a fundamental influence on tobacco farmers, primarily, and also on every other role player in the value chain. The extent of the loss in excise tax because of the ban on tobacco sales is enormous. The treasury now needs every cent possible to stabilize the economy.

“It is the government’s responsibility to investigate these damning accusations and report back to South Africa,” says Mr Meintjes. “It is necessary to act when the integrity of decision making role players are under suspicion.

“Unfortunately, the government’s record of dragging their feet when it comes to investigating corruption among its members, substantiates the image of a government that condones corruption,” he says. “South Africans need to see that justice is done.” 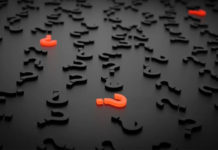