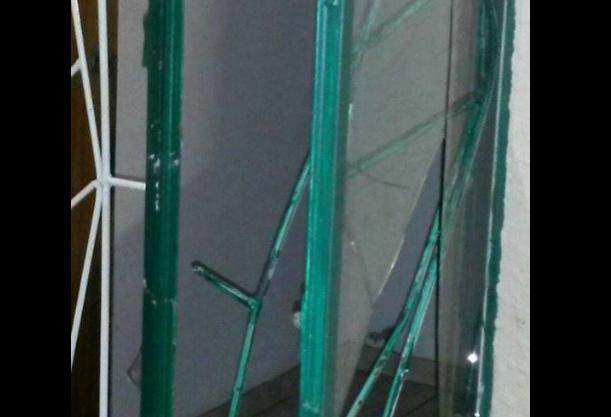 On Thursday, September 3, 2015, a young man was shot in his home in the Toitskraal area, Mpumalanga, while battling to prevent six armed farm attackers from gaining access to the farm house.

When she opened the bedroom door, it was quiet. After a while she heard the sound again, turned off the alarm and looked through the living room to the enclosed patio, where she saw a man wearing a dark blue balaclava, trying to force open a window.

“I immediately started screaming for my husband, Chris (45) and son Jethro Wakefield (32), that a man was breaking into our house.

The moment Chris heard me scream, he noticed another attacker, who put his arm through the burglar bars and aimed a gun at him. The man shot at Chris and fortunately missed him, where after the 9mm bullet struck the wall,” said Ms. Clark.

Both Mr. Clark and Jethro ran to the enclosed patio where the window was already broken by another attacker.

Four other men arrived with a large bolt cutter, and began to break open the burglar bars.

Mr. Clark and Jethro started hitting the attackers, to prevent them from entering the home.

“I pressed the panic button, but certainly not long enough, as I was so scared,” said Ms. Clark.

The suspects bent open the burglar bars to the outside, but Mr. Clark grabbed it and pulled it back.

“Three of the men had guns, and four shots were fired. Another shot was fired and hit my son in the chest. The attack was over in ten minutes, but it was the worst ten minutes of our lives,” says Ms. Clark.

Mr. Terblanche, Mr. Malan and twenty other farmers from the area shortly afterwards arrived at the farm. The suspects fled in pairs in different diretions.

“Both our dogs were poisoned. Simba was already dead about two hours and the other dog, Scar, was taken to the veterinarian for treatment,” said Ms. Clark.

Mr. Wakefield was taken by ambulance to Philladelphia Hospital, the bullet miraculously went straight through, and he only received stitches. He refused to stay overnight in the hospital.

“The terrible thing is, they didn’t come to steal, they came to kill. They deliberately shot,” said Ms. Clark.

No suspects have been arrested as yet.

Me. Clark would like to thank Mr. Terblanche, Mr. Malan, Marble Hall SOS, and the other farmers who assisted. 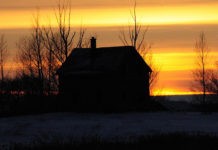