At the Wall of Remembrance, at Nampo Park in Bothaville, Free State, the names can be found from 1961 upto today of farmers murdered in South Africa. Some of the walls are so full that names have to be written on the side of the walls. It’s a sad reality that our farmers are murdered daily.

TAU is working hard to promote rural safety. As young farmers, we do our best for safety. Many times it puts us in danger and we leave a young woman and children alone at home when we move out to assist a neighbor …

The Wall of Remembrance was erected as a final tribute to all Commercial Farmers and their family members who have been murdered in the Republic of South Africa since May 31, 1961.

The nine stone structures represent the nine Provinces of the Republic of South Africa on which the names of the murdered Commercial Farmers are affixed since 31 May 1961.

The Iron Rock symbolizes the commitment of the farmers to the harsh reality of nature that the farmer is exposed to every day.

The three pillars represent the family (husband, wife and child). The horizontal connections indicate a close family relationship and mutual support in good as well as difficult times.

The placement as well as the attitude of the image symbolize that the farmer, despite suffering and grief, is still positive about the future.

The Bible in one hand and the other hand up, asking for power and grace, indicates the dependence of the farmer on God’s grace in times of grief as well as in his daily life.

“GIVE OUR POWER FOR THE FUTURE”

Read about more about farm murders and  farm attacks here

Read the original article in Afrikaans on TLU SA Jongboere 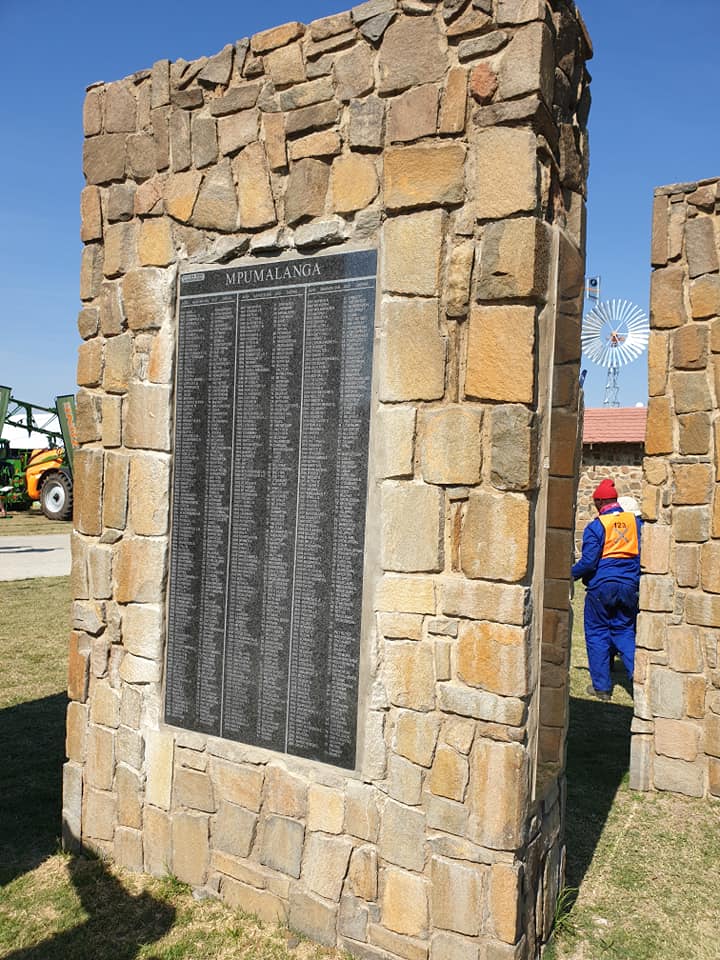 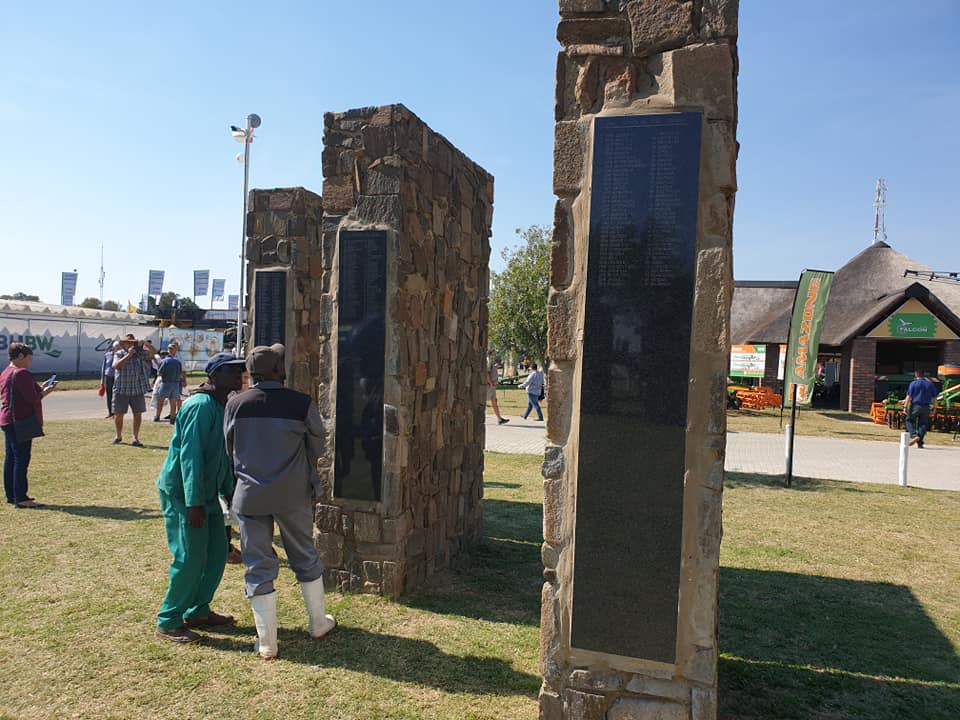 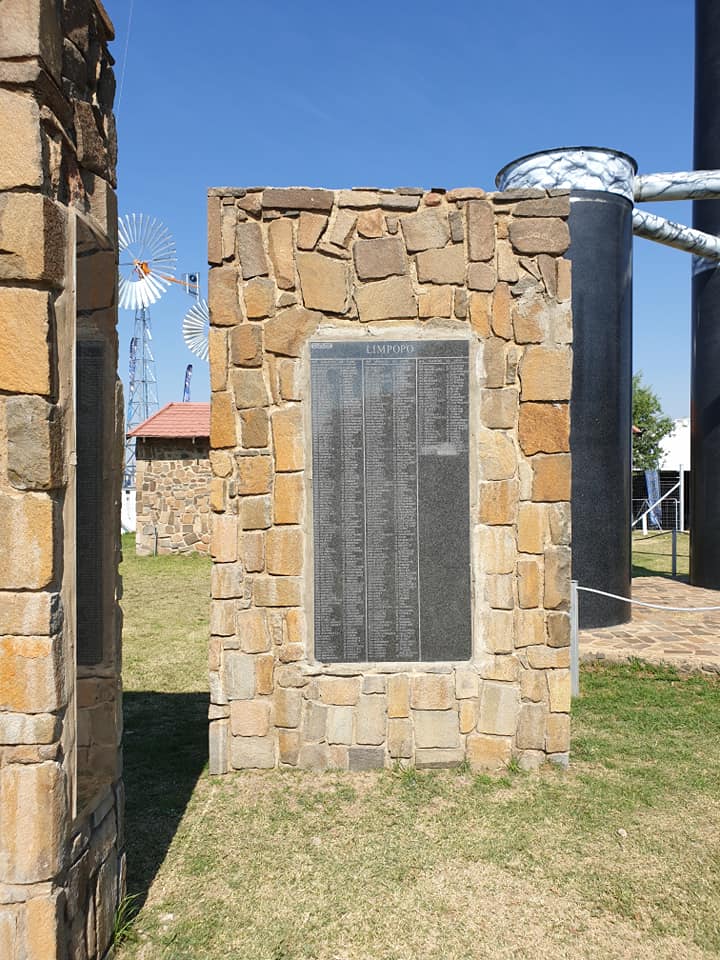 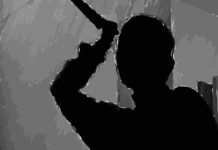