According to Donald Trump, “African leaders oppress their people without anyone asking them a question”. Does this sound like South Africa? Trump went on to say African leaders are all greedy and do not care about the people. Leaders cannot lead by example and are only interested in accumulating wealth from the poor taxpayers. Trump’s criticism of African leaders was direct and truthful considering the state of many African countries.

It is true African leaders are selfish. Unfortunately, it is going to take a long time before there is real change in Africa. Trump believes Africans are still under slavery yet claim to be independent. With leaders who change constitutions in their favor so that they can be life presidents and keep Africa a dark continent.

People are being slaughtered in South Africa and other African countries. Nobody cares about the high death toll or believe that the country is in a critical state. South Africa was built up from nothing and considered a first world country. Now the world watches as it is torn down and destroyed. Senior citizens are abused, babies are killed, women are raped, and farmers are murdered. Buildings are destroyed, universities and schools are burned, and chaos erupts into violence in and around townships.

The sense of entitlement is real, and government treats state resources as if they were the sole owners, giving no thought for the poor.  Every day we read about the abuse of state resources by ministers and government officials. Recently the Minister of Defense used the Defense Force resources at a cost of millions to the taxpayers to airlift a young lady out of the DRC. When questioned the minister said she did nothing wrong.

How often do we hear those words, “we did n’t do anything wrong.” President Jacob Zuma and members of the African National Congress (ANC) say it all the time.  As usual, the ANC’s bandits rally around and exonerate exposed members from any crime or responsibility.

What does Africa and South Africa want? Striving for African unity or black supremacy. With the aim of ousting all white people and to some degree, the Indian people as well. There is the firm belief that white people are destroying the country economically, socially culturally and politically.  The endeavor to exclude whites from everything, by passing laws and restricting white people from participating in economic growth. Forcing unemployment of whites to escalate due to affirmative action and thereby destroying the minority group.

When Trump calls Africans oppressors, he is telling the truth. When we see the oppression of their people, how can we not believe Trump? What government will demolish homes and leave their people stranded because the shacks were illegally erected on land earmarked for some development? Throw the people into the cold, let them starve and turn to crime in a battle of survival. If the government and leaders stopped stripping state resources and used the money to develop the land, we would say Trump was wrong. But alas, Africa is an oppressed continent with leaders who are like hyenas charging forth as scavengers, turning the land into a desolate place. 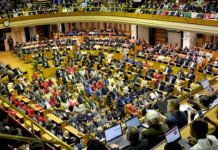 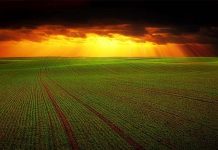 Will the banks expect you to pay your bond for expropriated property? 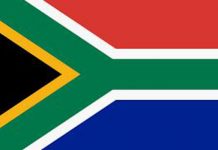 Ramaphosa’s disappointing SONA will do nothing for economic growth