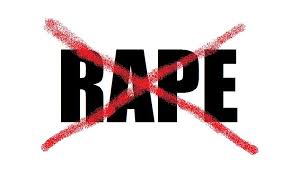 Working in the fields of HIV and AIDS focusing on children, one has to note the dramatic increase in brutal hurt and meaningless death children are involved in South Africa in our days. Lihle Hlanwja – 9 years old – raped and set alight in the township of Delft in January and she succumbed to her horrible wounds last week. A 3 month old Delft baby was killed in the same township last week while Michells Plain mourns the 12 year old Jcinta Matross and two teenager killed without mercy. More luck for three kids in the age of 6,14 and 16 years in Kewtown, who sustained multiple gunshot wounds as they were caught in the cross fire gangs; the 18 year old Ebrahim Daniels was not so lucky and was killed. I could continue this list by mentioning Edwin Abrahams, 16 years old and shot dead, an unnamed teenage girl in Manenberg, gang-raped while violating gangs territory borders, not to forget Anene Booysen in Bredasdorp, brutally raped and killed by another youngster. Last week we heard of the rape of a 5-year-old girl by three grade two boys at a school in Rocklands, the same day a Limpopo man’s sentence for raping his 14-year-old daughter was confirmed by the Supreme Court of Appeal. Other perpetrators never face justice as the murder of the 15 year olf Lydia Michels, who was gang- raped in Bonteheuwel a long time ago and killed by members of the same gang to avoid her giving testimony in court. The rapists of the Dixie Boys gang are still free – lack of evidence as…