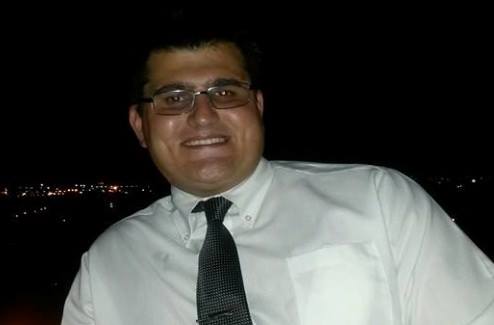 Dr Carter served as Chairperson of the DA branch in Boksburg and as DA organiser for the East Rand area. He became disillusioned by the DA’s lack of interest in minority rights and the situation around farm attacks, affirmative action and discrimination. The definite move towards the left of the political spectrum, after Mmusi Maimane took over the leadership of the DA, further convinced dr Carter that there is no future for minority groups in the DA.

Dr Carter supports the ideals of Front National and is eager to contribute his skills and knowledge towards achieving self-determination. He will feature prominently in Gauteng in the 2016 election and will be involved with the Information Department as well. Dr Carter represents the increasing involvement of the English-speaking component of our nation. He is fully bilingual.

Front National South Africa expressed its delight at welcoming a second DA official after Deetlefs du Toit, former DA MP, joined the party late last week. “It is a matter of time before all minority groups will have to admit that the DA is merely the ANC in a blue T-shirt and that nationalism and self-determination as opposed to multi-culturalism in a state of unity is the new fragrance of world politics. The DA and the ANC are both old news. We have enough space for all who want to join and help build a future of freedom, self-determination and prosperity for all the different groups in this country,” FN Gauteng Leader, Willie Cloete said in Boksburg this afternoon.