Captain Edward Smith irresponsibly steered his ship through the night at high speed, blissfully ignorant of the icebergs ahead. FW de Klerk, Nelson Mandela, Thabo Mbeki and Jacob Zuma did the same.

And on April 14th 1912 the Titanic hit an iceberg which caused it to sink taking 1500 people with it. The New South Africa already struck a number of icebergs – corruption, failed multi-culturalism, racism, incompetence, crime, farm attacks. And it keeps hitting icebergs even while sinking.

It is rather interesting to compare the behaviour of people on board the Titanic with those of white people in the New South Africa. Even while the ship was sinking from under them, many people believed that it was safer to stay on board where the lights were still burning and the band was still playing. Everything had the appearance of being safer, but it wasn’t. Many people tell us: “We just need to apply ourselves to make the New South Africa better. Just stick to parties such as the DA and the FF+ and everything will be sorted. It is not that bad.” Those people counted amongst the 1500 who went down with the ship: New South Africa.

While the ship was sinking, the band of Wallace Henry Hartley kept on playing. Even while the water washed around their ankles, they kept on playing. It was very brave, no doubt. But also very ignorant, for their song died with them. Some people in the New South Africa still keep playing their song of how education and compassion will eventually turn the tide. They prefer to ignore the cold water around their ankles. As little as the iceberg was convinced not to do damage because of the lights and the music on board the Titanic, as little does the aggressive, revengeful, destructive spirit of the black majority pay attention to education and compassion. Education does not change culture and nature. We can write eulogies about the band of Wallace Henry Hartley, but anything we say must end in one conclusion: They drowned.

Passengers stood by the rails on the decks of Titanic and saw the water rising. They were not prepared to believe that the unsinkable is doing the unthinkable. They blamed the captain and the builders and the lookouts and the helmsman, but they made no attempt to rescue themselves. The passengers of the New South Africa blames FW and Zuma and Zille and Malema, but they make no attempt to grab at the lifeline thrown to them.

Eventually only 710 of the 2300 souls on board realised that the scattered, flimsy little lifeboats drifting on the ocean were the only way to survival. There were space for another 500 in these lifeboats, but they chose not to take the chance. Their choice was not to have a chance at all, rather than to have a small chance. On the black ocean under the New South Africa a little boat is drifting: It is called “Self determination.” There are many on board already, there is room for many more.

But, as with Titanic, many will not try to reach this little boat before it is too late. Many will say: I’ll rather stay on board, this ship is unsinkable. Many will say: It is too hard and too cold and too dangerous. We will certainly lose many people on this road to self determination. And all of them will have been those who were not prepared to help themselves, not ready to believe in what they are capable of, not willing to take responsibility, not wanting to act in faith, not confident enough to see a disaster for what it is.

And once those few on board this little lifeboat reach the land and safety, they will look back over a dark, calm and cold sea which swallowed so many of them, and they will mourn for the stupidity and ignorance and little faith of those who will return no more. And eulogies will be spoken. But all the eulogies for the people who went down with the wreck of the New South Africa will end in one conclusion: They drowned. 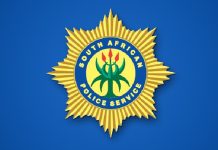 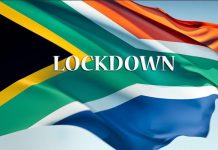 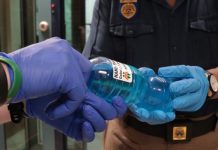