Farm attacks happen almost every day, and the horrific attacks on farmers are nothing more than a barbaric act. Criminals will terrorize victims and use extreme cruelty to torture innocent people. There have been some farm attacks where farmers were shot, and although it is wrong, it is a milder form of terrorizing a victim. Nobody wants to be burnt with hot irons, sliced open with pangas and other homemade weapons, or thrown into a bath of boiling water, and being raped in front of your children are some of the violent methods farm attackers use against their victims. However, being shot is no lesser than the other barbaric methods used against farmers and sometimes the recovery never happens. Often when a farmer or his family die, it is murder and it is a serious offense but there are times when farmers are maimed for life following an attack.

In 2015, Braam Blignaut was attacked on his farm in Mooinooi, North West province, and was shot three times by the attackers. Today Braam is a paraplegic because of this horrific attack. The criminals stole R250, two cell phones and a camera, a paltry sum of goods but ruined a family forever. Braam is a father of four boys and still has difficulty in recovering. The family remains traumatized by the unfortunate incident and Braam’s parents have set up a “GoFundMe” account to assist the family.

Watch the video and hear the story of how a farm attack changed the life of an ordinary law abiding family. A Facebook group has been created “Braam- My life as a paraplegic with my family” and the family post regular updates. 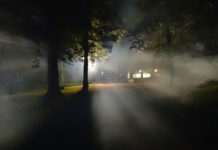 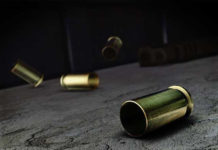