The Provincial Commissioner of the South African Police Service in Mpumalanga, Lieutenant General Mondli Zuma has welcomed a hefty sentence meted against a rapist this week. This comes after the Mhala Regional Court on Tuesday, 7 July 2020, sentenced a 31-year-old man to life imprisonment for rape. The accused raped his seven year old stepdaughter in 2018.

The court heard how the accused arrived home on that day, 22 February 2018 to find that the victim was asleep. He then ordered his other four year old stepdaughter to stand at the door and guard for his wife.

The ordeal was later uncovered by neighbours when they noticed the girl limping, as she was walking back home from school. They then became worried and asked her what was wrong, at which she disclosed what had happened, the neighbours then informed her mother, however, she dismissed them.

The neighbours took it upon themselves to report the matter to the police and the suspect was arrested on 23 February 2018, at Kgwaditiba Trust in Green Valley near Bushbuckridge where the incident happened. The suspect was granted R1000 bail while the two girls were relocated to a place of safety.

The investigation went unhindered until this year February when the accused was convicted of rape however, sentencing was withheld until Tuesday. When passing sentence, Magistrate Annemarie Theron indicated that the suspect showed no remorse and still denied what he had done to the child. She also read parts of the social workers’ report, which revealed that the victim now suffers from urinary incontinence as a result of the rape.

Magistrate Theron also declared the accused unfit to possess a firearm and that his name will be entered in the national register for sex offenders.

The Provincial Commissioner of the South African Police Service in Mpumalanga, Lieutenant General Mondli Zuma has commended the sterling work done by the Department of Justice, NPA as well as the Family Violence, Child Protection and Sexual Offences Unit members in ensuring that overwhelming evidence is brought against the accused which has led to the maximum sentence.

General Zuma also appreciated the community for not taking the law into their own hands but reported the matter to the police. “In welcoming the sentence, I feel delighted that another rapist has been removed from the society and that the sentencing will send a strong message to Gender Based Violence perpetrators,” said General Zuma. 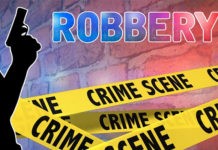 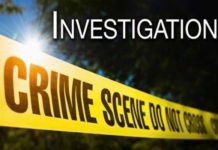 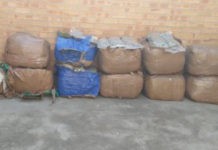