A 35-year-old man is expected to appear before the Emalahlani Magistrate’s Court on Tuesday 14 July 2020, for attempting to murder his girlfriend.

Police have gathered information that the suspect on 21 December 2019, had a heated argument with his girlfriend who was 19-years-old at the time. He then poured paraffin on her whilst she was asleep. When she woke up on the smell of paraffin, the suspect set her alight and locked her in their rented room.

The victim screamed out of anguish begging for the suspect to open the door, of which he did but ran away immediately after.

Fellow tenants heard the victim screaming and saw that she was badly burned, they then summoned for the police as well as medical personnel for assistance. When these formations arrived, the medical personnel took the victim to hospital whilst police opened a case of attempted murder.

Police then started with their investigation and discovered that the suspect ran away from Witbank where he was staying with the victim. On 12 July 2020, the police managed to sniff him out in his hiding place in Shatale near Bushbuckridge. 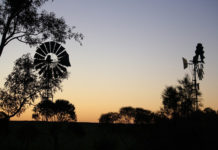