More and more residents of Bela-Bela went to Die Pos to complain about bad motorists in town.

On other streets such as the Grobler- and Moffat, Grobler- and Ludorf Street, Moffat- and Pretoria, as well as Swan Lake Streets, the traffic rules are ignored.

Stella van der Walt who lives in Swanepoel Street (opposite school Warmbaths) told Die Pos that the traffic in the street is a nightmare. She said novice drivers who attempt to stop at the first stop sign on the corner of Roodepoort- Swanepoel Street range, immediately brake only a few meters or drive over the stop sign marking.

“The speed limit is 60 km / h, but people seem to think it is 120 km / h.” Van der Walt was particularly concerned about the safety of the schoolchildren in the street.

“Even though a person may indicate to turn into a driveway, another car will suddenly rush past, without consideration. It would be terrible if something tragic happened before action is taken.”

The short one-way street that starts in Rooibergweg Thabazimbi and stops in Swan Lake Street at the high school gates are a matter of concern. Another problem that van der Walt raised is the nearby traffic circle. There are motorists who do not know the correct procedure when approaching a traffic circle.

Since roadworks started on the Thabazimbi road in 2014, the authorities changed Swanepoel Street into a two-way road to regulate traffic from Roodepoort. The necessary traffic signs are in place advising motorist that the road is a two-way street but some motorist ignore the signs and assume it is still a one-way street.

Isaac Monare, head of traffic in the town, said there no plans to build speed bumps in Swan Lake Street.

“We have found that most traffic problems occur over the weekend and during the night but are dealt with as and when it happens.Traffic officers cannot be all over the place at any given time and residents who do drive carelessly must be reported,” Monare said.

“The central emergency number that people can call to report motorists who do not respect the rules of the road is, 0800 736 800,” Monare said. 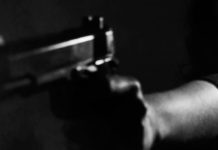