The police in Mankweng on 20 January 2020, arrested a 25,year,old suspect, in connection with the murder of a 25 year old Intern Doctor whose body was found in her room at Mankweng Hospital on Sunday evening 19 January 2020, at about 20:39.

The witness visiting the hospital was informed of the bad smell coming out of one of the rooms and upon closer inspection, one of the rooms was allegedly found locked from outside. The police were then called and on arrival the door was then broken. The deceased was found lying on her bed. She was already in the early stage of decomposition.

The police immediately commenced with investigations and the suspect, who is believed to be the deceased’s boyfriend, was traced and arrested in Giyani on 20 January 2020.

The Provincial Commissioner of Limpopo Lieutenant General Nneke Ledwaba has commended the members for their quick response and speedy arrest of the suspect.

The motive behind this killing is unknown at this stage and police investigations are continuing.

The suspect will appear in Mankweng magistrate court soon. 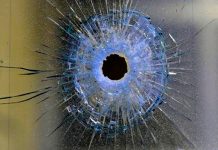