The Hawks in Limpopo are seeking the public’s assistance on the whereabouts of the most wanted suspect who is believed to be behind a series of armed robberies, including cash in transit robberies, carjackings and attempted murders in the province.

The suspect who is identified as Thabo Maleka from Moletjie outside Seshego is believed to be armed and extremely dangerous.

Anyone with information regarding the whereabouts of the suspect is kindly urged to contact Lieutenant Colonel Thomani Mudzili on 071 481 3182 or Warrant Officer Nicholus Masoga on 081 832 8636. 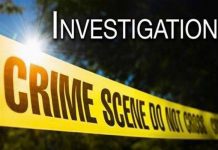