It usually people you trust the most in life, that turn out to be the ones to hurt and betray you the most. This is what happened to a 15 year old girl and her 41 year old mother when they were sexually violated by their trusted relative in September 2015, at Esigodini in Mondlo.

The matter was reported to the police and a 32 year old relative was arrested. He appeared in the Nqutu Magistrates Court and was granted bail. While he was out on bail he attacked an 18 year old pregnant woman and raped her. It is alleged that on 22 June 2016, the victim was at her home at Esigodini when the feared man in the community attacked and raped her.

She refused to be silenced by the violent accused and opened a rape case at Mondlo police station. The docket was transferred to Vryheid Family Violence, Child Protection and Sexual Offences Unit (FCS) for further investigation. Detectives conducted a successful investigation which led to the arrest of the accused.

He made several court appearances at the Nqutu Magistrates Court until he was convicted and sentenced on 15 January 2010 to a total of 38 years Imprisonment for three counts of rape.

The KwaZulu-Natal Provincial Commissioner, Lieutenant General Khombinkosi Jula commended the members for their dedication and for making sure the accused receives a fitting sentence.

Girl raped for 11 years from age of 7: Father sentenced to life, Durban 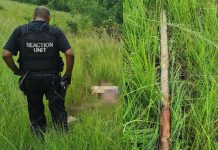