Detectives from the Inanda and Phoenix Family Violence Child Protection and Sexual Offences Unit (FCS), conducted an operation on Saturday, 23 May 2020 from 23:00 until 03:00 the following day at Mount Moriah and KwaMashu. The operation resulted in the arrest of two suspects aged 25 and 36 for a rape and robbery case, which took place on 5 May 2020.

After the arrest of Philane Ndwandwe at Ngoqokazi on 15 May 2020, who is accused of five counts of rape, the FCS Unit detectives zoomed on a rape case that took place in Mount Moriah, which had some similar characteristics with that of Ndwandwe. The victim in the case alleges that on that fateful day she had taken a taxi to Mount Moriah at the request of her boyfriend. She was not familiar with the area so she relied on the directions provided to her by her boyfriend over the phone.

She got off the taxi rank and waited for him to arrive. Her boyfriend arrived and he told her that he was taking her to his residence and suggested that they take a short cut. The suggested route went through the sugarcane fields. As they were walking, a man emerged and produced a knife. Her boyfriend also turned on her and they both robbed the woman off her cellphone and cash. Afterwards the pair took turns in raping the woman before abandoning her in the sugarcane fields.

The rape case was assigned to the Phoenix FCS Unit for investigation. Detectives did not have much of a description of the suspect as he had provided a false name to the victim. It also emerged that the meeting on 5 May 2020 was only the second time the two would have met after their first meeting in December of 2019 where they exchanged contact details. They had been communicating via social media but it soon became evident to detectives that the suspect had provided inaccurate facts about himself on his social media account.

The detectives decided to deepen their investigations in trying to find the unknown man. After toiling long and hard, they managed to locate the room that the suspect was renting in Mountain Moriah. In the early hours on Sunday morning, they arrested him and recovered five cellphones that he could not account for. The next stop for the detectives was M Section in KwaMashu where they arrested the second suspect. They found in his possession a cellphone fitting the description of the one robbed from the victim.

The pair will be profiled to establish if there is a link between their case and ones of Ndwandwe. Both the arrested suspects will appear at the Phoenix Magistrates Court on Tuesday, 26 May 2020 on charges of rape and robbery. 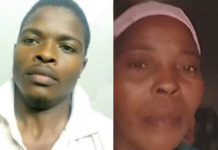 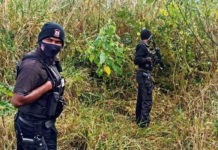 Body of another murder victim discovered on cane farm, Canelands 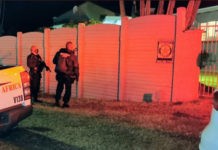