Vigilant Blue Security armed response officers and police arrested five suspects, including a knife wielding armed robber who terrorised passengers while they were traveling on a municipal bus at the weekend.

Mathios said strong team work by an armed response officer and a Metro police officer led to the arrest of an armed robber who was terrorising frightened passengers on a Durban Transport bus yesterday. The incident occurred in Kwamashu E section.

“The suspect, who was armed with a knife, was in the process of robbing passengers on the moving bus. When the driver spotted our officer in the vicinity he stopped the bus and hooted for help,” Mathios said.

“The passengers were all screaming in terror when our officer entered the bus with the police and arrested the suspect. A knife and stolen goods were recovered from the suspect,” he said.

Mathios said armed response officers who were conducting a check on a property in Riverhorse Valley yesterday spotted four suspects changing the numberplate of a Toyota Quantum at the N2 North bound Petro Port at around 6am.

“The officers observed the vehicle and noticed that it proceeded to a truck at the off-ramp. The suspects cut the truck’s side sail and started offloading goods from the truck. When the suspects realised that the officers had seen them, they fled the scene on foot carrying stolen goods. A chase ensued and one of the suspects was eventually cornered and arrested,” he said.

“The Toyota Quantum and stolen goods were recovered. Three suspects remain at large,” he said.
The suspect and recovered vehicle was handed over to members of KwaMashu SAPS.

Blue Security community and media liaison officer Andreas Mathios said that in one of the latest incidents armed response officers arrested two suspects who damaged the gate of a residential property in Ballito yesterday. The incident occurred at around 7.44am.“Our officers responded swiftly to the scene and arrested both suspects,” he said. Umhlali SAPS attended the scene of the crime.

Mathios said an armed response officer arrested a suspects who gained entry into a residential complex on the Berea at around 5.20am yesterday. “Residents alerted us to the trespassing incident after two suspects jumped over the fence to gain entry onto the premises. Our officer responded to the scene and arrested one of the suspects who is allegedly wanted for a previous housebreaking that occurred last week,” he said. 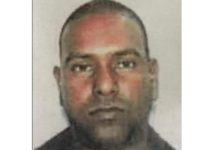 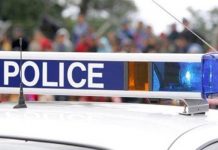