Durban residents living in and around the city and its suburbs are being warned to increase their vigilance and security measures, even when at home.

“Blue Security tactical teams and reaction units have seen a definite increase in incidents of home invasions, especially in the past fortnight,” said Blue Security community and media liaison officer, Andreas Mathios. Home invasions are criminal incidents of violent intruders entering a home and robbing and/or harming its occupants. “Four violent incidents were responded to last week and two more on Monday morning,” Mathios said. “The first incident occurred before 10am in Reservoir Hills. A gang of five suspects surprised one of the family members while she was hanging up the laundry outside and stole her cellphone,” he said.

“It is believed that the suspects gained access via the rear of the property. One was in possession of a firearm. A shot was fired, injuring another resident in the back. A relative immediately rushed him to hospital before help arrived,” Mathios said. “Durban Metro’s K9 unit was summoned to search for the suspects who had run out of the gate and down the driveway of the neighbour’s property to bushes at the rear,” he said. Sydenham SAPS, Durban Metro and the K9 unit attended the scene and investigations are continuing.

In a separate incident just before 10.30am in Springfield, a resident was awoken by loud banging noises and the sound of his elderly mother screaming.

“Three men entered his bedroom and demanded all valuables and, after locking the residents in the toilet, began ransacking the house,” Mathios said. “The suspects then returned to the residents and demanded the keys to a vehicle onsite as well as details of the neighbours next door,” he said. “One suspect stood guard while the other two men proceeded to the neighbouring property. A short while later the three men drove off in the resident’s car,” he said. “It was only then that the victim was able to activate the alarm for help. According to the resident it was difficult to establish whether or not the suspects were armed,” he said.

“Investigations have indicated that the suspects arrived in a vehicle and gained access to the property by derailing the driveway gate and entering the house through the lounge door which was open. They forced open the security gate of the house next door,” he said. “Items stolen included TVs, a laptop, Playstation, jewellery, CCTV equipment,, cellphones, clothing and the vehicle,” he said. “Luckily no shots were fired and no-one was injured but one family member was treated for shock by paramedics. Members of Mayville SAPS attended the scene and investigations are continuing,” he said.

“This escalation in home invasions has highlighted the importance of being vigilant at home at all times, day and night. Heed these tips:

• Residents need to upgrade or install good security systems,
• Make sure doors, gates and entrances are strong and secure
• Keep property exteriors well-lit at night
• Have dogs inside to alert of possible danger
• Ensure easy access to panic buttons which are linked to a reliable security provider
• Contact police or security provider if witnessing suspicious activity in or about the area 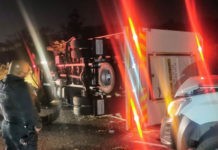 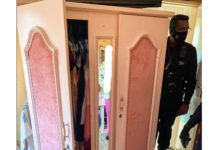 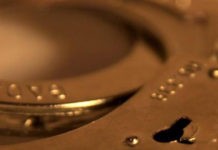