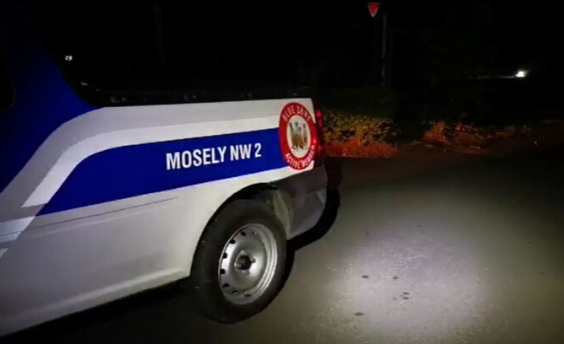 Durban pet-owners are urged to be extra vigilant of their dogs’ whereabouts at all times due to cases where poison is being used when intruders enter a property. A family pet tragically died of poisoning in the early hours of Friday morning during a string of housebreaking incidents in Moseley, Pinetown.

“The crime spree began at a home in a cul-de-sac where the suspects broke and entered and removed a TV. The owner was completely unaware that intruders had even been in the house and stolen the appliance,” said Blue Security community and media liaison officer, Andreas Mathios.

“The TV was then hidden nearby before the suspects moved on to a house two doors away. It was here where the resident woke up to banging on the window outside and heard the suspects trying to remove the beading from the window,” Mathios said. “When the owner heard the noise she activated the alarm sending a panic activation to the Blue Security control centre,” he said. “The triggered alarm caused the suspects to flee the property and an alert was put out that housebreaking suspects were active in the area,” he said.

“On arrival the reaction officers discovered that the beading had been removed from the dining-room window. The resident was unaware that the suspects had already broken into the neighbour’s property a short while before and stolen the TV,” he said. “The neighbourhood watch group began searching the area and also viewed CCTV footage which confirmed the suspects’ movement in the area showing them exiting a nearby property and moving on to another house,” he said.

“It was here where it was later discovered that the family’s 14-year old pet had been poisoned, wrapped in a blanket and placed in the car which was stolen,” he said. “The fencehoppers then disappeared into a nearby riverbed that runs between Moseley and Escombe. The neighbourhood watch groups on both sides of the ravine were placed on full alert and immediately mobilized and began actively searching the area,” he said.

“While Blue Security reaction officers were patrolling the area they spotted a vehicle exiting a property. The car sped off as the unit was making a U-turn to interrogate the occupants of the vehicle. A car chase ensued between the suspects in the stolen vehicle and two reaction units in hot pursuit,” he said.

“When the units began closing in on the stolen vehicle in the Escombe area the suspects abandoned the car and fled on foot. It was then that the reaction officers made the tragic discovery of a deceased dog wrapped in a blanket inside the car. It was later confirmed that the dog was the family’s 14-year-old pet. It is still unclear to the motive as to why the pet had been wrapped in a blanket and placed on the back seat of the stolen car,” he said.

“Other officers searching the area, near to the homes which had been broken into, also found a lunchbox containing the lethal “2-Step” poison, which is frequently used to poison dogs, causing an agonizing death,” Mathios said. “The dog’s body and the stolen car were recovered. The stolen TV is still missing and the suspects remain at large. Investigations are continuing on the multiple crime scenes,” Mathios said.

“The nature of this crime highlights the precautions that dog-owners need to take in safeguarding not just their properties but the lives of their beloved pets,” Mathios cautioned.

• When at home be constantly aware of your dog’s whereabouts
• When arriving back home check where your dog is and that it is fine
• Be alert to any erratic behaviour displayed by your dog
• Check on the reason if your dog barks at any time of day or night
• If your dog barks at night, do not switch on any lights and go outside to investigate. Rather call your security provider to do a check on your behalf and also patrol the area
• If you suspect that your pet may have been poisoned get them to the nearest emergency vet as soon as possible and also inform your security provider. Some poisons tragically kill an animal within five to ten minutes of ingesting
• Get connected to the local neighbourhood watch or community security group. Share any suspicious activity with members and neighbours, especially unusual or escalated barking by dogs in the area
• Mark, or leave some kind of identifying markings on, all valuable appliances on a spot which only you are aware of. This assists investigators, when recovering stolen items, to identify and connect them to crimes which have been committed and to housebreaking suspects who have been apprehended.