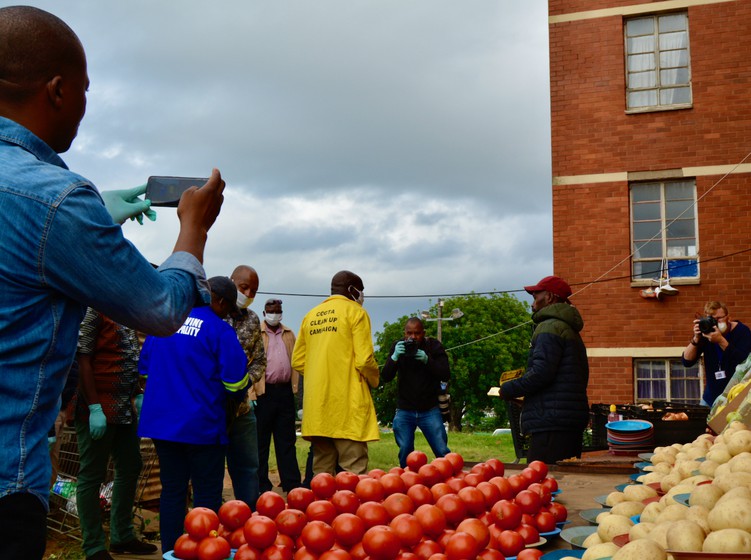 When Ethekwini Municipality Mayor Mxolisi Kaunda arrived in a cavalcade to spread awareness about Covid-19, most Glebelands Hostel residents didn’t even look up.

“Look at him grandstanding. Pretending to care,” said Sipho (not his real name). He is the “spokesperson” for a block named “Russia” – one of dozens that sit on the hillside on the outskirts of Umlazi which are said to house up to 22,000 people.

It was a recurring theme as I walked around the hostel. The violence, which claimed more than 120 lives between 2014 and 2019 in what has been described as a “state sanctioned war zone”, may have abated but suspicion and distrust has not.

And that’s why the mayor’s well-intentioned visit on Thursday morning barely raised an eyebrow. A few children waved as his car, along with police and the army, drove past the blocks, some dilapidated, others new and well-kept. A goat fed its kids. A few faces peered from broken windows. The local spaza man continued setting up his fruit and vegetable stall.

The mayor and his tag team were there to raise awareness about the deadly virus and to urge residents to adhere to lockdown regulations.

But few residents came out to chat. His audience was mainly journalists.

His team put up posters, and left behind some hand sanitisers and soap but not enough for all the residents.

In a press briefing, Kaunda said the municipality had taken a tough stance against the spread of the virus and had been implementing safety interventions at rental housing units, transit camps, informal settlements and hostels.

Asked why it had taken a week before he had visited the hostel, one of the largest in the province, he said: “Our teams have been on the ground already. Just because the mayor is here today doesn’t imply that only today Glebelands has been visited.”

So what impact have those “teams” made?

Residents said the hostel was quiet. Many had elected to go to rural homes for the lockdown.

They are aware of the virus and are afraid, but accessing social grants to put food on the table was more worrying.

Sipho said: “We know what we know from the television and radio. We don’t believe they really care. Our rubbish has not been collected for four weeks. But the truck suddenly comes at the same time as the mayor today.”

He said the community remains numbed and traumatised by the violence.

“Only this year has no-one died. And now they are telling us that if one of us gets it (the virus) we can all die. They come here with their posters and then leave … but what about that side?” he asked, pointing to the neighbouring block which was not on the mayor’s visiting list.

I asked a mother, playing in the passageway with her toddler, if she knows about the virus and what she should be doing.

When I asked her about social distancing, she looked confused.

Outside a woman named Thandi proudly showed her mask hanging around her neck. “My daughter brought it for me. I have one, my husband has one. And his friend, who went with him to get his pension, has one.”

She could not say why they didn’t wear them on their pension outing.

“But we stay inside. We only go out to shop,” she said.

I asked what other hostel dwellers are doing. She replied “I can’t talk about other people. Just myself and my husband.”

As I walked away, she called me back. “The President. Has he got the medicine for this thing?”

I told her that lots of people all over the world are working on it.

Stay safe, we told each other. 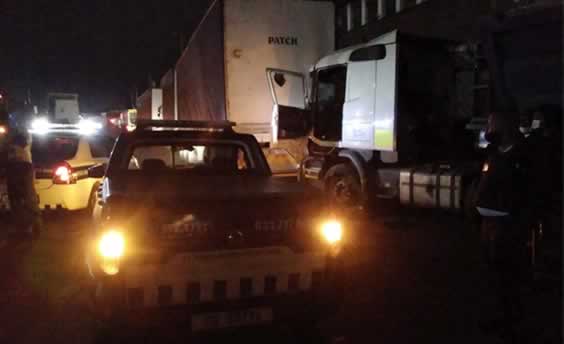 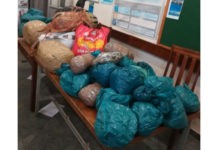 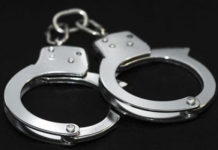