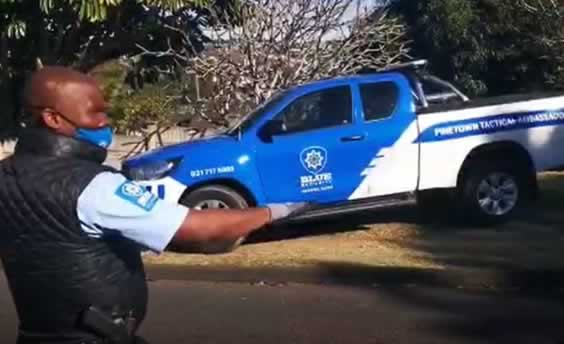 Residents are reminded to practice caution when exercising outdoors after yet another report of a mugging came through over the weekend. This recent crime trend has become a serious cause for concern throughout the Durban area.

A father and his daughter were walking along Valley View Road in Escombe, when two suspects approached them, assaulting the man and wrestling him to the ground. The suspects robbed him of his wallet, before fleeing into the community. The incident occurred at around 8:40.

Alert residents responded to his calls for help and notified the Blue Security Control Centre, who dispatched multiple response units to the scene. Escombe Neighbourhood watch (NHW) and Blue Security arrived on scene, followed by the State Ambulance who transported the patient to hospital.

Escombe NHW assisted by Moseley NHW must be commended for their excellent job on scene. Our Tactical Team remained on active patrol in the area. SAPS are investigating.