The South African Police Service, through the help of the Interpol office in Pretoria, successfully extradited a fugitive on Wednesday who was wanted for a murder he had allegedly committed in Uganda. The Department of Justice from Uganda requested via Interpol that the arrest of Patrick Kasaija aka Patrick Agaba who was believed to be in Johannesburg area, Gauteng be effected.

On 7 February 2018 in Uganda, a victim was kidnapped by unknown persons while on her way home from work. The culprits telephoned her family demanding a ransom of one million dollars. The victim’s family paid some of the money but their daughter was not returned.

On 26 February 2018, the body of the victim’s mutilated body was recovered dumped along a road. The Ugandan authority has gathered sufficient evidence which incriminates Mr Patrick Kasaija in the kidnapping and murder of the victim.

On the 7th March 2018 the fugitive, Mr Patrick Kasaija was arrested by members of the Interpol, Crime Intelligence and the National Investigation Unit at his residential address in Midrand.

Mr Kasaija appeared in the Randburg Magistrate’s Court on 7 March 2018.

However, the Minister of Justice and Constitutional Development granted an order that he should be extradited to Uganda. The Justice and Correctional Services of the Republic of South Africa, in terms of the Extradition Act, ordered that the fugitive Mr Patrick Kasaija be surrendered to the Republic of Uganda.

This extradition was as a result of the good collaboration and cooperation the South African law enforcement agencies and Ugandan authorities.

This extradition should be a message to all criminals that they cannot commit crimes elsewhere in the world and use South Africa as a hiding place. 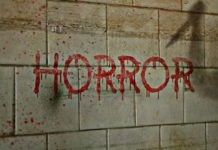 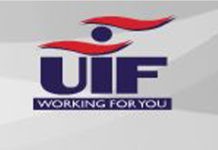