The National Treasury will reprioritise money from unspent funds and tap into the contingency reserve to recapitalise the South African Airways, SA Express and the Post Office.

According to the National Treasury’s Medium Term Budget Policy Statement (MTBPS), dubbed the “mini budget”, allocations made over the next three years provide an agreed-upon upper limit within which departments prepare their budgets.

The National Treasury said South African Express Airways will get an injection of R1.2 billion.

“Funding is also allocated to drought relief and education infrastructure. These additions to spending are fully offset by the use of the contingency reserve, provisional allocations, projected underspending and declared unspent funds,” National Treasury said.

Treasury said, meanwhile, that government’s guarantee portfolio totals R670 billion, of which the largest facility has been granted to Eskom at R350 billion.

By the end of June 2018, R334.2 billion of government guarantee facilities for state-owned companies had been used.

Over the next three financial years, guaranteed debt redemptions are expected to average R26 billion, the National Treasury said.

“In recent years, access to credit has steadily declined for many state-owned companies, mostly as a result of their weak balance sheets, poor corporate governance and liquidity challenges.

“These entities will find it difficult to refinance maturing debt as investors increasingly require guarantees before they will provide financing.

“As a result, government’s contingent liability exposure is likely to remain high.”

National Treasury said in 2016/17 – the latest year for which figures are available – the combined liabilities of national public entities and state-owned companies totalled R1.6 trillion.

This debt is expected to increase to more than R1 trillion over the medium term, the National Treasury said.

“Although the increase in debt has largely financed capital expenditure, a growing proportion of debt is now financing operations and interest payments.”

Treasury said Eskom, which has a R350 billion guarantee facility, has already used R255 billion and that R35 billion has been approved for specific funding instruments, but has not yet been borrowed.

Despite its weak financial position, which remains a risk that could lead to a call on guarantees, an improvement in the power utility’s liquidity position has bolstered investor sentiment and means that it again has access to capital markets.

Denel, on the other hand, has a five-year, R3.4 billion guarantee, of which R2.8 billion has been used.

“Denel will struggle to settle maturing debt on its own because its financial position remains weak. While it implements a turnaround plan, Denel will also contemplate the sale of non-core assets to improve its liquidity position,” the National Treasury said. – SAnews.gov.za 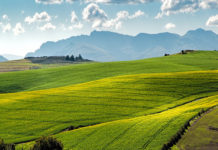