Two men who were part of a gang of armed men caught on CCTV while robbing Vodacom and MTN shops inside the Standard Bank Centre in the CBD have been arrested and a bag packed with stolen brand new cellphones has been recovered, police said on Tuesday.

Johannesburg Central Police said two suspects between the age of 30 and 38 years were arrested at corner Simmonds and Thorpe Street on Monday. They face charges of business robbery, possession of an unlicensed firearm and ammunition.

“Suspects were captured by CCTV cameras inside the Vodacom shop while pointing the employees with firearms and pushing them in the back storeroom. They took cell phones and undisclosed amount of money. After that they entered MTN cellphone shop where they also took cellphones,” said Captain Xoli Mbele.

When they tried to load two bags in which they had packed the stolen cellphones into a Blue BMW they were tackled by security guards, said Mbele.

“They put one bag containing cellphones (into the car) and failed to load the second one,” said Mbele. “Three suspects managed to flee the scene in a vehicle; two were apprehended by the police.”

Mbele said a bag “full of cellphones”, a firearm with no serial number and live ammunition were recovered.

Police said three suspects remain at large and their investigation were continuing.

The arrested pair will appear soon in the Johannesburg Magistrate Court. 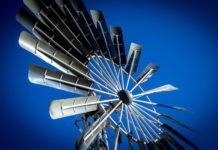 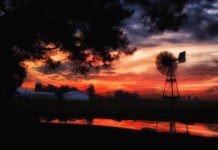