The FF Plus takes note of the fact that the Premier of Gauteng, David Makhura, wants to lower the lockdown level of the entire province to Level Three, but the party does not believe that it will be enough to save the economy and prevent famine.

The Premier should have put more pressure on the national government to ensure that the economy of Gauteng, which is the economic heartbeat of South Africa, can re-open faster. Thus, the FF Plus will request the Premier to consider the possibility of allowing certain less affected areas to move to Level Two.

On 19 May 2020, during the virtual session of the Gauteng Legislature, the Premier indicated that he considers Gauteng as a single unit and that he cannot follow a differentiated approach in the province due to the intricately intertwined nature of the economy and the movement of people between towns and cities.

Although the Premier’s argument seems logical, there are various types of business enterprises that are locally based and that do not serve clients who travel from elsewhere. These enterprises, like hair salons and other small businesses, must be granted the opportunity to become operational once again.

The levels of infection in Gauteng differ from one region to another and that makes differentiation possible.

Therefore, the FF Plus will engage with the Premier to encourage him to follow a more strategic approach, which will mitigate any further damage to the economy.

If a strategic approach is not followed, many people will permanently lose their income and that will have catastrophic social consequences.

The economy has already sustained severe damage and ultimately, people will start making plans to ensure their survival regardless of what lockdown level the government has imposed, they will simply start to ignore the government’s regulations.

There are already many signs that this is indeed what is happening and it shows that the government has overplayed its hand, which jeopardises its credibility. It is time for the government to realise the seriousness of the matter and that economic survival is of cardinal importance. 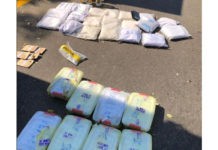