Gauteng Education MEC Panyaza Lesufi said he was deeply touched by the horrendous stories that came up during his interaction with tearful pupils at the embattled Pretoria High School for Girls.

One after the other, young girls wept in their meeting with Lesufi, accompanied education minister Angie Motshekga’s spokesperson Elijah Mhlanga and several senior officials in the department.

“I received a petition from girls from this school and it touched on various issues. In that meeting, you could see that these young girls are going through pain. They are going through difficulties and I don’t want to disappoint them,” Lesufi told reporters after several meetings with stakeholders at the school, including the learners, management, parents and political parties.

“I was touched by those young girls. They are brave and determined. I need to congratulate them. We don’t have to disappoint them.”

On Monday afternoon, Lesufi said he was left with holding a critical meeting with the school governing body and would announce significant decisions after that.

“I need to give the SGB an opportunity to express their view. I have gathered evidence that is sufficient for us to take a decision. It is important that I incorporate everyone that is a stakeholder before making a decision,” said Lesufi.

“Let’s wait for the process to unfold. I will take a decisive decision. We can’t find ourselves in this situation that we are in now, in this year that we’re in.”

Hundreds of young black girls emerged from their classrooms at break-time, repeatedly chanting “We are tired”.

In a meeting with Lesufi and the education officials, several schoolgirls, who cannot be named because they are minors, narrated horrendous stories of how they were insulted and manhandled at the Pretoria school.

“I was called a monkey by a teacher. It pains me even now because we are treated differently at this school. We are made to feel that we do not belong,” recounted one tearful girl.

Another learner narrated her story. “A white girl called me a dirty k-word. I didn’t report her to authorities because she has called other children the same and nothing was done.”

Several girls said they were told by teachers that their heads looked like birds’ nests.

The schoolgirls say the institution’s rules forbid African hairstyles such as afros, bantu knots and dreadlocks. The learners are told to straighten their hair.

A parent who was in the meeting said the school had failed their children who should be taught to advance diversity.

Outside the school gates, several members of different political parties, including the African National Congress and the Economic Freedom Fighters had gathered, protesting.

The South African National Civic Organisation (SANCO) in Gauteng on Monday called for the dissolution of the Pretoria High School for Girls School SGB and a thorough investigation by the Human Rights Commission of the alleged racist incidents at the school.

“We wish to condemn in the strongest terms possible the hateful, vitriolic insulting behaviour and treatment meted against learners at Pretoria High School for Girls. The treatment of young girls aspiring to exercise their rights to education as an enshrined in the Constitution is reminiscent of hatred and utter disregard and violation of human right exercised during the era of apartheid,” said Sanco Gauteng chairperson Chris Malematja. 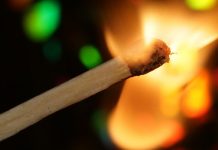