A farm attack took place on 9 october 2019, in Kameelfontein, Gauteng province. The owner was attacked by an unknown number of attackers. He was assaulted and tied up. the home was then ransacked and household items and a vehicle were stolen. The vehicle was later abandoned not far from the scene.

There is no other information available at this stage. Police are investigating.

#FarmAttack 9/10/2019: Kameelfontein, Gauteng. Owner was attacked by an unknown number of attackers. He was tied up and household items and a vehicle were stolen. Vehicle was abandoned not far from the scene. pic.twitter.com/pnCeI54AL7 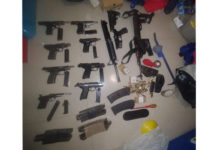