The FF Plus is shocked by the death of the deputy state attorney, Tswaledi Sekwati (53), who was hit by a minibus taxi in front of the South Gauteng High Court. It once again puts the reckless behaviour of minibus taxi drivers in the spotlight.

Ten years have lapsed since Bernadine Kruger died after she was hit by a minibus taxi while riding on her scooter. Initially, the driver was charged with culpable homicide, but after the FF Plus made representations to the state attorney, the charge was changed to murder and the driver was subsequently found guilty.

Despite the serious punishment, taxi drivers generally drive recklessly and are regularly involved in accidents that result in needless deaths. The FF Plus will, therefore, raise the issue in the Gauteng Provincial Legislature Committee for Transport and request that sustainable solutions must be found.

Sekwati, who was visually impaired, had been a special adviser to former Minister of Justice, Michael Masutha. His death is not just a loss of life, but a loss for the entire country that needs experts like him.

South Africa needs public servants who stand by their principles and who will thus make a meaningful contribution to the effective functioning of the legal system in the country.

The party expresses its condolences to the deceased’s next of kin. 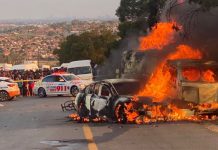 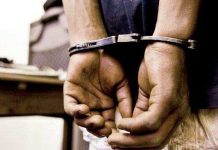