AfriForum delivered a memorandum on 25 February 2019, to a representative of the Minister of Rural Development and Land Reform in which the civil rights organisation explains its objections against the massive residential land claim in Centurion. AfriForum also delivered eight wheelbarrows filled with soil (representing the eight suburbs affected by the land claim) to the Department with the message: “This is all we are willing to give.”

“Maite Nkoana-Mashabane, Minister of Rural Development and Land Reform, announced on 22 February 2019 that no movable property affected by this claim would be expropriated. This follows AfriForum’s continued pressure and mobilisation of the affected community. Financial compensation for the claimants is still on the cards, and the scope thereof has not yet been made available by the Department. We cannot depend on the Department to not expropriate the property, as experienced has showed that one cannot trust the government’s word. The claim is also very opportunistic, as the claimants waited almost 20 years before submitting their claim – after the affected land had been developed. AfriForum cannot allow the wasting of taxpayers’ money or that homeowners are inconvenienced by limitations put on them by the land claim. We will therefore continue to protect property rights and to ward of attacks on it,” says Ian Cameron, AfriForum’s Head of Community Safety.

At AfriForum’s community meeting last week to address the matter, more than 500 community members gave their formal mandate to the civil rights organisation to oppose the residential land claim in Centurion. This follows the publication of the land claim in the Government Gazette in June 2018, which affects about 4 000 hectares of immovable property and about 2 000 families.

“Although the Minister said that no property would be expropriated through this claim, it is still important that everyone whose property is affected give their mandate to AfriForum to oppose the claim. AfriForum has not yet received formal assurance that property would not be expropriated. If your property is affected and AfriForum did not receive your mandate, it means that we cannot represent you in opposing the claim. Mandate forms can be downloaded from the web site and people can also find out there if their property is affected. The original mandate forms can be scanned and emailed to AfriForum or can be submitted at AfriForum’s head office. You can also complete the form at our office at 58 Union Avenue, Kloofsig, Centurion,” says Marnus Kamfer, Legal and Risk Manager at AfriForum.

AfriForum also has a thirteen-point-plan ready to fight the land claim and will launch various actions to support the community. These include obtaining legal aid to fight the land claim. AfriForum has already requested the applicable Commission for extension for submitting objections against the claim. AfriForum also requested more information on the claim from the Commission.

You can view the Memorandum here 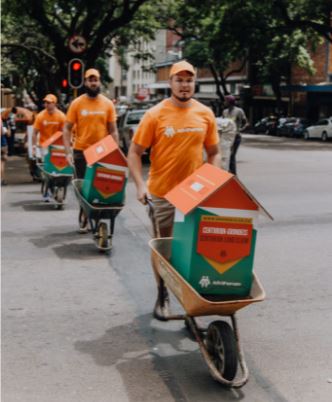 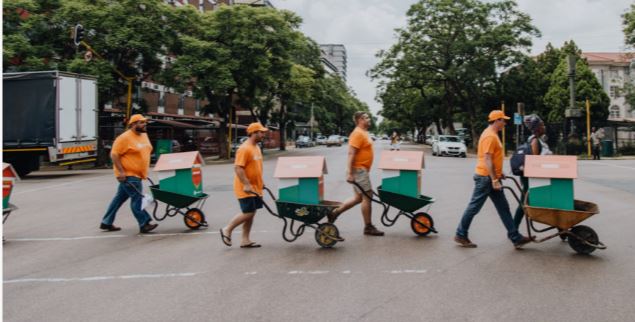 Centurion residents: ‘Hands off our land’

CIT robbery leaves one dead, another injured in Florida