On 21 January 2020, a farm attack took place between Dewetsdorp and Bloemfontein where three attackers, posing as police officers, approached Christo Richter and his wife Annelie at 17:30. The attackers pretended to be investigating a previous stock theft case that was reported by the couple. They were wearing white latex gloves and took photos of the couple, surrounds and their dogs. They also requested that the dogs be locked away for their safety.

One of the attackers remained in the GWM double cab bakkie they were driving. As soon as the dogs were secure the couple were held up with a firearm, tied up with wire and had their heads wrapped with duct tape.

The attackers then ransacked the home stealing cell phones, a .38 revolver a .22 firearm and money. One of the attackers was continually referred to as ‘captain.’

The couple later managed to free themselves and besides a few minor injuries and extreme trauma that they endured were not seriously injured.

There have been two farm attacks reported in the Dewetsdorp district in the past month. 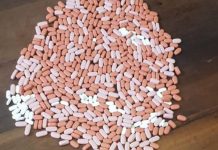 Another suspect arrested with ARV tablets in the Free State 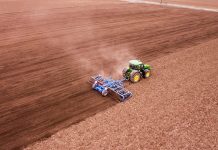 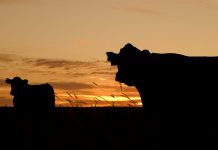