It appears as if Free State farmers will receive no drought relief in terms of the national state of disaster because the Free State government failed to submit a business plan to apply for these funds.

These plans were used to do needs assessments and the available R139 million that was earmarked for the national drought state of disaster was accordingly divided among the provinces that did submit their applications in time.

It is lamentable that the Free State government failed to submit an application because the Free State is considered the breadbasket of South Africa. Farmers in the Bultfontein district have had to endure severe droughts for years on end and it is unacceptable that these farmers are not going to receive any drought relief just because the provincial government acted irresponsibly.

The provincial government’s negligence and indifferent attitude towards commercial farmers cannot be tolerated.

The FF Plus will submit a written question to the Free State Legislature and will demand that the provincial government must account to the commercial agricultural sector in the Free State for its failure to submit a business plan in time. 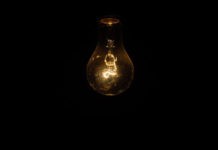