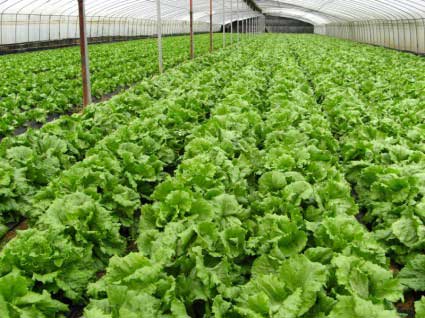 Armed black-male militia attacks on white-owned farms still increase yearly since 1989 – and are getting much more murderous and with many more genocidal motives present, than is being claimed by official sources in South Africa.

It has also been noticed during the (very few) court-trials for convicted black male attackers of white families, that the multiple-killers themselves often publicly expressed extreme pride in what they had done and that they also were treated in the news media and in the court rooms by black spectators on the public gallery and outside the courtrooms in demonstrations as ‘heroes of the revolution’ who killed the ‘hated whites’.

It has also been noted that convicted killers of white people often obtain very early ‘parole’ such as this month’s release of a black convict who had very cruelly slaughtered a white retired South African Air Force officer on a farm in 2004 and was sentenced to 43 years in prison. He was released on parole in June 2016 and re-arrested shortly thereafter for housebreaking.

The hate speech by black politicians including president Jacob Zuma and EFF leader Julius Malema has also increased dramatically over the past two years in the run-up to the greed-related political positioning for the top-paid posts in municipal elections in August 2016.

While the number of white commercial farms has dropped dramatically [from 85,000-plus farms in 1994 to 25,000 in 2016 ] it’s also important to note that there are far less white farm-families in South Africa than ever before. The number of farm-attacks are being carried out against a rapidly-shrinking white farm-community.

More than 17,000 of these farm-properties have been put up for sale since Jan 2016 and that the white farming community is clearly selling off large portions of South Africa’s less than six percent of its total ‘farmable’ land surface. It’s not clear how many of these recently sold farms remain in food-production, as the agricultural sector also has been hit severely by the 11-year-cycle of the El Nino weather phenomenon in the Southern Hemisphere, which is causing a very large drought and a dramatic drop in the water-supplies countrywide.

Yet due to the massive sales of the farming acreage, and the fact that there are fewer ‘white’ farmers still living on their farm-holdings, the number of black-militia attacks against these remaining farm families has risen dramatically and the number of murders during these attacks has also increased. It was also noted that increasingly military-style surveillance methods are carried out during these farm-attacks, including the use of electronic equipment which blocks mobile-telephone signals during such attacks.