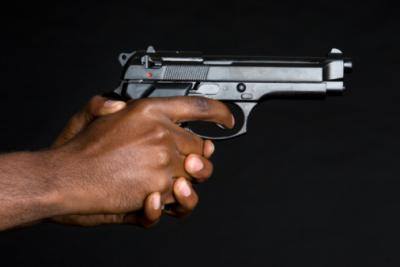 A 36-year-old man was arrested on a charge of attempted murder after an attack Sunday, July 12, 2015, on Johannes (70) and Rita (68) Kritzinger of the farm, Brakdam near Vrede in the Free State, South Africa.

Const. Maselela Langa, police spokesperson said on Monday to Maroela Media, two attackers allegedly waited for the couple in broad daylight inside their house, after they came from church.

“The two suspects broke into the house and waited for the couple. They immediately fired shots at the couple and both were wounded. Ms. Kritzinger had been beaten and tied to furniture in the dining room,” Langa said.

The attackers demanded the keys to the safe, but fled when Johannes was able to reach the emergency button, which also set off the alarm in the house when activated. Rita told the first persons on the scene that she recognized one of the attackers as a former employee.

The suspects allegedly fled the scene with a .38 revolver, a cell phone and an unknown amount of cash.

The police worked hand-in-hand with farmers of the community to search for the suspects after information was received that one of the suspects allegedly was a former employee. “The one suspect was arrested Sunday between 19:00 and 20:00 in Vrede. Some of the victims’ stolen goods were found in his possession.”

Langa said the suspect will soon appear in the Vrede Regional Court. Police are still looking for the other suspect. The couple is treated in the intensive care unit of the Union hospital in Alberton.

Rev. Ruan Combrink, who comments on behalf of the Kritzinger family, said to Maroela Media the Kritzinger couple’s condition is still critical and they are not out of danger yet.

“Mr. Kritzinger sustained two gunshot wounds in the head and will be examined by a neurosurgeon,” Combrink said. “Gunshot wounds in his chest and abdomen also caused damage to various organs that were stitched by a surgeon.

Ms. Kritzinger sustained a gunshot wound to the chest that broke a rib and perforated a lung and two wounds to the head, but it is unclear whether both were gunshot wounds. Her wounds were treated and she is in stable but still critical condition. For both the next 72 hours are critical.”

Combrink said the family would like to express their gratitude to everyone who helped and support in this difficult time. “The support and prayers of friends, family, community and church members are greatly appreciated.”

Meanwhile, the Freedom Front Plus on Monday, condemned the attack on the Kritzingers. Jan van Niekerk, provincial leader of the FF Plus in the Free State, who himself is a farmer in the area, said nearly a hundred farmers were searching for the attackers on Sunday . “The fact that farmers respond quickly and in large numbers, is proof that they’re fed up of the abuse, rape and murder by criminals,” he said.

Van Niekerk thanked the community and local police for their swift action. “The dog unit, however only arrived three hours after the attack on the scene. This testifies to the fact that farm murders and farm attacks are a priority crime and must be declared so that units can respond faster. Faster action will ensure that these criminals are apprehended quickly and thus be deterred,” he said in a statement.

He said the FF Plus will continue to bring this critical situation to the world’s attention and force the government to protect farmers. The FF Plus submitted a resolution on farm murders last week during UNPO’s general congress that was accepted by the UNPO.