Two robbery suspects were apprehended shortly after the incident and police also recovered stolen items and impounded a vehicle used in the house robbery.

The suspects threatened to stab a woman and tied her with cables and ransacked the house stealing household items with an estimated value of R15 000 before fleeing in a white Ford Traser without registration number plates.

The victim managed to free herself and summoned the police who acted swiftly in following leads. Addo police spotted the vehicle en route R335 and gave chase. The vehicle stopped and five men ran into the bushes. Two suspects were arrested and police recovered the stolen items and also seized the vehicle for further investigation.

More arrests are imminent. The two men, aged 28 and 30, will appear in the Kirkwood Magistrate’s Court on Thursday, 5 October 2017 on charges of house robbery.

Uitenhage Acting Cluster Commander, Brigadier Ronald Koll said: “The arrest is in support of the National Trio Crimes Action Plan formulated by SAPS management earlier this year, to curb the scourge of trio crimes and stop the criminals in their tracks”. 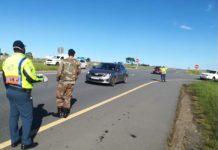 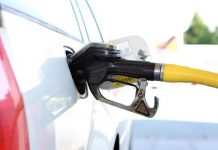 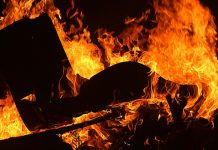