In order to win the war against crime, there must be a collaboration between police and communities where our communities come forward and take charge of their areas while working in close unison with the police. SAPS Motherwell detectives are appealing to the residents to assist them in arresting murder suspects involved in two separate incidents, killing three people on 14 September 2020.

In the first incident, it is alleged that on 14 September 2020, at about 10:20, Mbulelo Patrick Taaibos (47) was at a tavern in Ngono Street in Motherwell. There were also two other males playing a game of pool in the tavern. After buying two beers, Taaibos walked outside. The tavern owner joined him and as they were talking, the two suspects who were playing pool exited the tavern and both produced firearms. Shots were fired at Taaibos who attempted to hide behind the tavern owner who also got injured. Taaibos was fatally wounded in his head while the 38-year-old tavern owner sustained a gunshot wound in his arm. The motive for the shooting is unknown at this stage and the suspects fled on foot.

A case of murder and attempted is under investigation and police is appealing to anyone who can assist in tracing the suspects to contact D/Sgt Sivuyile Mto at SAPS Motherwell on 082 388 3048 or their nearest police station.

In the second incident, two males were killed and the third escaped unscathed after they were shot at by an unknown gunman. It is alleged that on 14 September 2020, at about 23:20, the three victims were drinking in a vehicle Mvemve Street NU 29 in Motherwell when they were interrupted by two unknown who approached the vehicle. The one armed with a firearm, knocked on the window. The driver, Sonwabo Sobici (29) jumped out and started running. He was shot multiple times. The front passenger, name and age unknown at this stage also got out and ran. He too, was shot multiple times. The third person managed to escape unhurt. The suspects ran away on foot. The motive for the murders and attempted murder is unknown and suspects are also unknown.

Two cases of murder and an attempted murder are under investigation. Anyone who can assist in tracing the suspects is asked to contact D/Sgt Elvis Rawana at SAPS Motherwell on 079 520 3426 or their nearest police station.

All information is confidential and callers may remain anonymous.

Nelson Mandela Bay District Commissioner, Major General Tembisile Patekile appealed to the communities not to harbour these callous and ruthless killers living among the law abiding citizens. “Without everyone’s involvement, it is difficult for the police to win this war against crime. We will not share our space with the criminals who continue to terrorise the community,” warned Maj Gen Patekile. 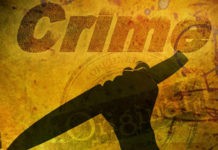