The National Commissioner of Police has welcomed the speedy arrest of four alleged cop killers in less than three days after a police constable was mercilessly gunned down in Coffee Bay in the Eastern Cape on Tuesday night 3 December 2019.

Constables Lonwaba Soga and Constable Siyabonga Nani were attending a complaint at Zindidi Location in Coffee Bay shortly before midnight this past Tuesday when they were approached by four men under the pretext of seeking help.

Without any warning, one of the suspects shot Constable Soga ending his young life instantly. The suspects’ tyranny didn’t end there. They forced Constable Nani to carry the deceased member, together with the complainant who called the police out and they were all locked in the back of the police van. Thereafter the suspects proceeded to rob a local shop-owner.

They then went up to the shop-owner’s house and robbed him of an undisclosed amount of money and alcohol and fled in the owner’s Nissan Navara leaving behind Constable Nani and the complainant locked in the rear of the police vehicle.

The Navara was later found abandoned on the way to Mqanduli. The suspects also took a State-owned 9mm pistol with several rounds of ammunition from one of the police officers, a police bullet-proof vest and both members’ cell phones.

Their run was shortened when members of Crime Intelligence, the Hawks and the SAPS National Intervention Unit tracked them down to Mqanduli and Ngangelizwe areas during the early hours of this morning and arrested them. The suspects were found in possession of Six (06) 9mm pistols including the firearm which was being used by Constable Soga, several rounds, one (01) police reflector jacket, one (01) police cap and two (02) police bullet proof vests were seized from the scene.

The National Commissioner has welcomed the speedy arrest of the suspects and praised the members for their unrelenting determination in ensuring that the suspects are caught. “I am satisfied from the brief I received that we have the right people to answer to Constable Soga’s murder and subsequent robbery,” said General Sitole.

“Our members have heeded to my call of not resting until these suspects are found which is indicative of the high level of resilience by our members to decisively deal with crime and criminals,” added General Sitole.

“We also want to extend our appreciation to the community for their contribution to our crime-fighting efforts,” said General Sitole.

We continue to call to all in South Africa to provide the SAPS with information on crime and criminals the SAPS Crime Stop number 086 00 10111 or via the MySAPSApp. The App may be downloaded on any Android or iPhone. Callers may remain anonymous and all information will be treated with strictest confidence. 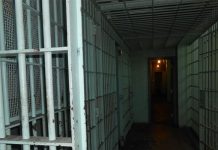 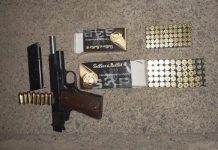 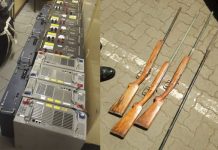