Tabling his final audit report on municipalities of his seven-year term of office, Auditor-General Kimi Makwetu says there is not much to go by in terms of audit outcomes.

Makwetu said this when he released the report on the municipal audit outcomes for the period 2018-19.

Releasing the report, titled “Not much to go around”, Makwetu said the report painted an undesirable picture of billions of rand in funds allocated to municipalities being managed “in ways that are contrary to the prescripts and recognised accounting disciplines”.

“This title that is carried in this report was arrived at after a series of interactions that the office had with municipalities across the country and when we managed to drill down to all the financial statements of the entities that we were auditing and looking at all of them, we figured one of the key things we wanted to communicate as part of the audit results for this year was the fact local government, as it has been for many years, has not really had much resources to carry out its activities due to fiscal constraints as well as due to the economic headwinds that many of them had to face up to.

“However, we have also detected as we were going through these audits that we do not often find the right hands at the till – meaning that had those limited resources been under care and control with regards to the people looking after them as well as those that supervise the financial administration of local government, perhaps a lot more could have been achieved and perhaps a lot more could have arisen as a result of positive outcomes that we all were yearning for,” he said.

Audit outcomes at a glance

Releasing the report on Wednesday, the Auditor-General said there was again a regression in the audit outcomes.

He said over the three-year period, the audit outcomes of 76 municipalities regressed, with only 31 improving.

Makwetu also said that municipalities spent R1.26 billion on consultants for financial reporting services, of which only 7% was as a result of vacancies in municipal finance units. This amount includes R522 million for consultant costs at municipalities with outstanding audits where financial statements were received. 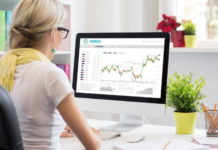 Investing during the pandemic – the year unexpected