Ian Cameron of AfriForum, in a press conference held in Centurion on 4 June 2019, revealed that in South Africa from 1 January to 31 May 2019 there have been 184 Farm attacks and 20 farm murders. The below table gives a break down of the attacks per month and the provinces in which these atrocities occurred. During the conference a victim said “We were tortured for 4 hours. I can only describe that night as if we were hunted like wild animals. We were tied up, shot and raped.”

“You don’t care about yourself, you just don’t want your children to die. The saddest part about this, is that I will never give back my children their innocence. We don’t live on the farm any more but in the city with visits from my husband who still lives on the farm. We chose to live and will eternally be grateful to survive that night. I would like to thank @afriforum for all the support.”

Gauteng (51 attacks), North West (28 attacks) and Limpopo (27 attacks) are the provinces with the highest number of farm attacks, which include farm murders.

Ian Cameron said “”Attacks in the Western Cape increased extremely, in such a manner that more than double the number of attacks were reported from 1 January to 31 May 2019 compared to this period in 2018. If one looks at South Africa there is a tendency of murders being committed with knives or sharp objects, while the vast majority of farm murders are committed with firearms.

“Whether the murder of Stefan Smit, on 3 June 2019, a farmer of the Western Cape, has something to do with land occupation, the fact that one of his friends confirmed that he received death threats, tells us that this was a risk for him, if the case was handled properly from the onset, would it have gone this far?”

“What is more concerning is that Smit was ill-advised by the institutions that were supposed to help him with the land occupation, which possibly could have led to a worsened situation.”

Ian Cameron went on to say, “There is a double standard when coming to the handling of this sort of cases. We encourage everybody to get involved in a safety structure. Statistics show farm murders not socioeconomically motivated, AfriForum’s data indicates that the farm attackers do not always loot money, but people were badly hurt. Become involved in the safety structures in your community today by sending an email to [email protected]”

Ernst Roets added “Farm murders and attacks are serious crises. It is important that we communicate factually about it; it is however just as important that we acknowledge the extent of the crisis for what it is. The biggest mistake you can make to determine the motive of these attacks is to say that is only a single cause. The realty is a complex phenomenon. We are worried about the climate of this situation in SA.” 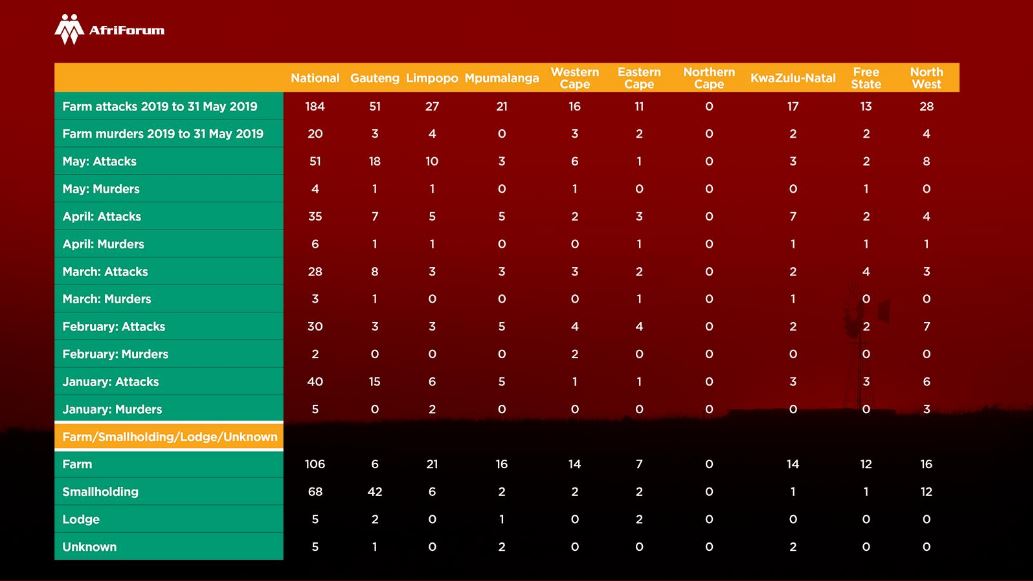 Worst #SAPD stations in the land, age of victims and number of attackers: 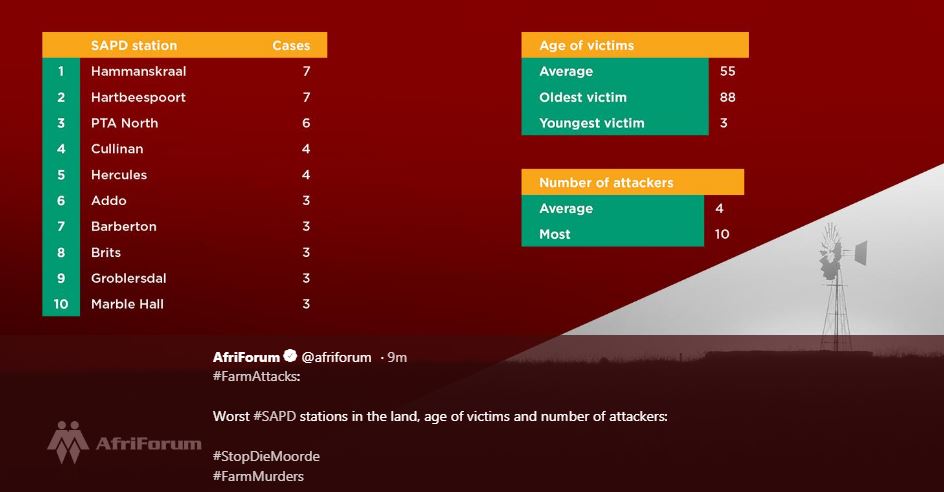 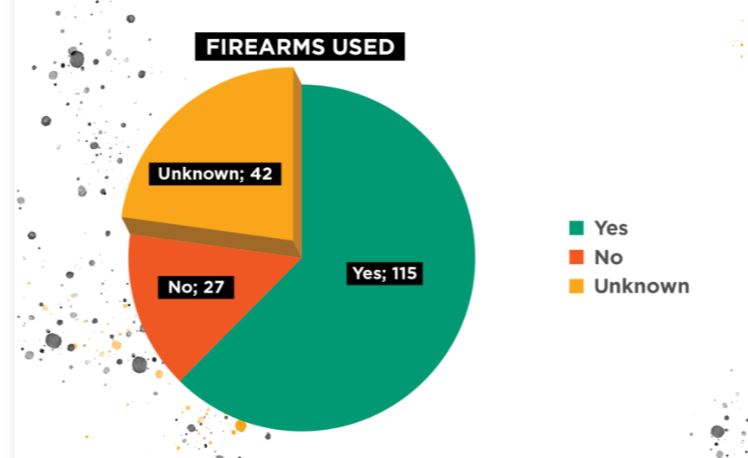 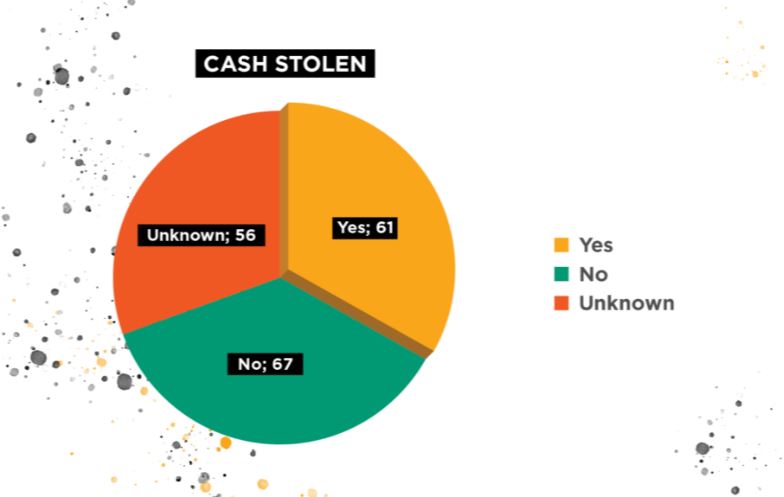 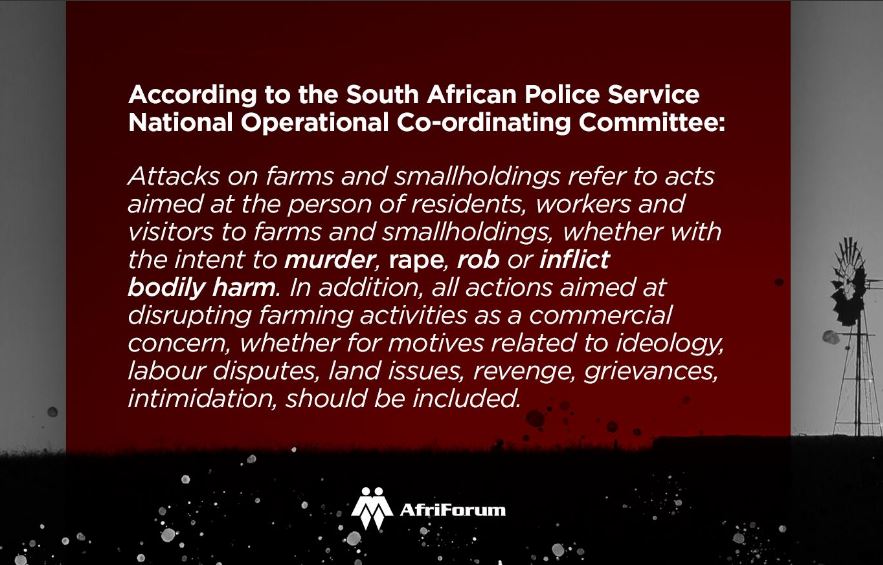