When most Christian singles think about Muslim women, some of the things that come in mind include sexual repression or the fact that they may be off limits to Western men. However, most Muslim women in liberal countries are open-minded and easy to date. You might actually be surprised at their beauty, tenderness, and sexuality. This article will emphasize how valuable it might be to look for a long-term relationship and marriage in a Muslim woman.

Perhaps one of the most important aspects you need to understand about Muslim dating is that not all Muslims are the same. There are numerous Muslim countries and they very when it comes to society norms, laws, and religion. For instance, dating a Muslim woman from Saudi Arabia would be very different from dating a woman from a country like Turkey. Women from less conservative countries such as Lebanon are usually open to relationships with westerners.

Muslim women tend to be traditional

In most Muslim cultures, the man is usually the hand of the family and women are taught to respect them and follow their lead. The most important role for most of these Muslim women is to keep her family intact and take care of her husband and children. Most Muslim Communities expect women to be faithful and loving and if they deviate from this customs, they undergo severe social consequences. This kind of social pressure keeps their behavior in check and they are very different from western feminist women.

When it comes to pleasing their husbands, Muslim women can be very sensual, but this is only possible within a long-term relationship that will lead to marriage. Most of the women refuse to have intimate relationships before marriage because their religion and Customs prohibit them from premarital sex. Of course, you will find that women in more liberated countries are open-minded and it might be okay with them. Still there going to be faithful in that relationship. One of the most important things you should keep in mind if you intend to date a Muslim woman is that they don’t believe in contraception, and neither do they believe in abortion. You should take very high precautions unless you intend to marry that woman because single Muslim mothers are looked down upon in Muslim cultures.

Muslim women are very responsible and apart from taking care of their studies, they play a very important role of raising a harmonious family and ensuring optimum health of the family members. This goes way beyond their husband and children because they could take care of the nephews and nieces as well as elderly relatives. These women are also very good in assuming household responsibilities such as cooking and cleaning.

All in all, Muslim women are not so different from other women as they are very hard-working, they strive to accomplish their goals and studies, and they also a very fashion-conscious. They put good care of themselves, they drink, travel and do most of other things Western women do. 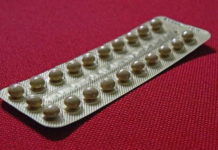 How do you choose the right contraception for you? 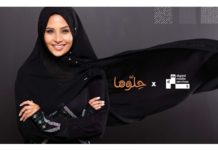 Reaching out to encourage Online Self-development across the Arab World 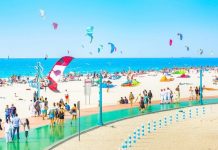 5 Reasons Why You Should Devote This Weekend to Self-Care