How can anyone condone alcohol and ban tobacco? How can this possibly make any sense?

Logically reviewing possible answers to the puzzle reveals the following:

It seems that something else is involved which drives this fanatical irrational behavior.

“The important thing is not to stop questioning”
Albert Einstein

At last the puzzle could be solved and the herd of elephants in the room could be made visible by just asking “Why do you believe this”.

For a subset of religious people the following is fanatically believed and whether or not it is rational to others who do not share their interpretation is irrelevant to them.

Anyone who has studied psychology or is interested in logical thinking would have come across the concept of cognitive dissonance.

“In the field of psychology, cognitive dissonance occurs when a person holds two or more contradictory beliefs, ideas, or values; or participates in an action that goes against one of these three, and experiences psychological stress because of that.” Wikipedia

The stress caused by cognitive dissonance results in intelligent people who are normally rational becoming unable to realise that they become irrational when confronted with something that is against what the strongly believe in.  The concept is considered to be an evolutionary advantage that helped early humans to survive in dangerous situations where immediate action was required and where time wasted by over thinking the situation would have had fatal consequences.

In situations where immediate reactions of more than a few seconds are not needed this trait is today a serious disadvantage. Cognitive dissonance is the root cause of most of what is seriously wrong in the world in the past and in the present. For instance, the racist views of apartheid were justified by many with twisted interpretations of cherry picked bible verses.

South Africa is a secular country and if the anti smoking regulations were enforced with religious intention then the regulations are clearly in contempt of our constitution and must be removed immediately. 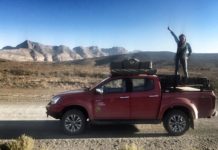 Wild in SA – coming to your screens this August 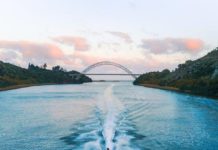 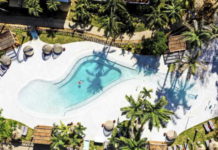