“India is the most depressed country” -India Today

While our public figures wage wars outside, the tomorrow of the nation is under the threat of erasing out of existence. Often cases of severe depression and anxiety go untreated cause of negligence and abomination of parents. The teenage suicide rates are higher than ever, and we cannot blame anyone but ourselves.

A study reported in WHO, conducted for the NCMH (National Care of Medical Health), states that “at least 6.5 percent of the Indian population suffers from some form of the serious mental disorder, with no discernible rural-urban differences.” Though there are effective measures and treatments, there is an extreme shortage of mental health workers like psychologists, psychiatrists, and doctors. As reported latest in 2014, it was as low as “one in 100,000 people”.
The average suicide rate in India is 10.9 for every lakh people, and most people who commit suicide are below 44 years of age.

And not just India is suffering. A study by the Centre of Disease Control and Prevention (CDC) of USA states that:

So, what is causing this increase in rates? The primary cause of Indians is negligence. People take depression as another reoccurring bad thought failing to realise that why should the thought arise in the first place. Parents suppress the mental health condition of their children because seeking help to prevent killing themselves is a taboo. Sometimes they use violence to stop their children from seeking help, which tends to worsen the entire scenario. Let’s get deeper to in adolescents in the first place.

An article by WebMD reads, “There are multiple reasons why a teenager might become depressed. For example, teens can develop feelings of worthlessness and inadequacy over their grades. School performance, social status with peers, sexual orientation, or family life can each have a major effect on how a teen feels.” While it is hard to determine the actual cause of one’s depression, making the world a better place for teenagers can never hurt.

There is an array of symptoms that you can look out for in your child:
● Highly sensitive to denial
● Impaired thinking or concentration

● Sleep disorder – too much sleep or no sleep at all.
● Difficulty in concentrating
● Low energy and fatigue
● Changes in appetite — either decreased or increased
● Physical illness (such as stomach-aches, headaches, body pain) that don’t respond to any treatment
● Vocal outbursts or crying
● Reduced ability to function during events with friends or at home, or in school, and other interests or hobbies.
● Feelings of guilt or worthlessness
● Social withdrawal
● Thoughts of suicide or death

Although these symptoms can often be overlooked, lookout for scenarios which may trigger depression. Being subject to abuse or rage in school can be a huge cause. Though corporal
punishments have been banned, still you can find practitioners of it from time to time. Your child may suffer from Post-Traumatic Stress Disorder (PTSD) from the slap he received from his teacher while the entire class laughed at him. Whatever may be the case, raising awareness on the matter is very urgent; which many people are unwilling to do.

Recently a series on the internet called “13 Reasons Why” grabbed a lot of public attention. It was streamed on the popular streaming network, Netflix. The series narrated the story of young high school student Hannah Baker (played by Katherine Langford) who was driven to commit suicide cause of all the people around him never chose to help but only add to her problems. The series gained a lot of attention from the youth who for the first time, came public with their problems and wanted to talk. Though many critics argued that the series sympathized suicide, out of everything, it portrayed what goes inside the mind on a young, depressed, teenage girl.

We have put forward 5 things you can do as a parent to make your child feel less depressed.

There is nothing to be ashamed of if your child is suffering from a mental illness. People will talk about it regardless of your actions, but unlike that, your one step might save your child’s life. Go to a psychiatrist and illustrate him all the incidents that have unfolded them. Take your child with you, if he or she agrees to go. Teens are often rebellious and might not comply, but you as a parent must strategically imply a right course of action.

There is nothing better than talking. Talk to them about their fears and insecurities but avoid a direct approach. “Your teenager still needs to know you are interested but watchful,that you care and are on their side, even if you don’t always agree with them. You need to have the skill and the emotional resilience to go on offering help, even in the face of indifference and opposition.” Says an article by Family Lives. Talking can bring about a lot of avenues to explore in your child’s psyche. You can understand the root of the problem by talking to them.

3. Make a healthy schedule:
“The basics for good mental health include a healthy diet, enough sleep, exercise, and positive connections with other people at home and at school.” -healthychildren.org

Exercise plays a key role in beating depression. Regular exercises help secrete endomorphin that in turn benefits good mood. A good diet is also necessary. When depressed, kids get sugar rush, it’s important to control the cravings as they tend to intensify your depression. Following a healthy diet has a direct effect on one’s mind.

4. Create a healthy environment for them:
A report by the National Centre for Biotechnical Information (NCBI) concluded, “Disruption in family structure can lead to several adverse events impacting both the mental health of children and their parents. Not all disruptions have equal effects. More emotional and behavioral problems occur in families disrupted by divorce than compared to other types of disruptions, for example, death of a parent. Certain characteristics have been identified in caregivers as well as the children themselves that serve as risk factors for abuse. Young age, depression, substance abuse, poverty, and history of mothers being separated from their own mothers during childhood serve as risk factors.” It is particularly important to maintain a steady environment, especially during adolescence. An adolescent is like a flower in bloom; it grows the way you give it sunlight, water, and soil.

5. Stay depression free yourself:
The same report said, “History of parental psychopathology predisposes children to
increased rates of depression and other psychopathology when compared to children of parents who do not have any effective illness.” Therefore, it is important for you to stay healthy yourself. Do exercises, eat fruits, and seek help yourself because your life matters too.

Of course, the path to teenage depression can be complicated. The only way to help them out is to provide the support they thrive. In this way, we can not only help them cope with depression, but we also can help them shape a positive future. 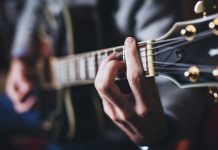 Different ways to learn to play the guitar

The Wixworth guide to being a Classic in the new decade 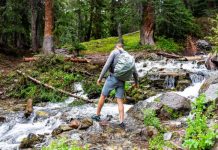 Equip yourself for the hike…..