The word “God” exists just like that even before the beginning of the human imagination and none can say at what point it was said the first. Some say the word refers to the creator of the world and all living beings and some say that it is just an image created by humans. On the other hand,  Although many people have in their mind that it is God who has created them, more focus on them is on the far potential of the word. This means human wants to explore the word “God”, its existence and the potential of it.

There are several quotes about the word of God However when it comes to the most renowned monotheistic thought upon God irrespective of religions, regions, and cultures, it can be termed as a supreme being. A supreme being that has conceived all knowledge and all powers which are far behind the potential of a simple human being is what refers to a God. Both eternal and necessary existence of the being is being said for thousands of years in the form of an aura or in a physical form too.

How is the word “God” used in day to day life?

If you look at the usage of the word “God” from a broader way, it is used by people of different mentalities… Some call it just to acquire some confidence for any task they have to accomplish in future. On the other hand, some people have tremendous faith in God and believe that everything that is going on around them is totally controlled by God and thus leaves the result of their work in the hands of God. Worshiping God as a creator deity is seen less than that of the dependence on it as if it has something to contribute something to them.

Are there any benefits of the existence of God?

For thousands of years, God has been worshipped as an ultimate creator although there are tons of versions of them created by people based on regions and religions. No matter, what is believed to be the powers of God or what it has to contribute in the lives of the people, the ultimate reason for the word being used is to gain some help in one form or another form.

Help may be in terms of confidence or in terms of support as well. This can be of great benefit to an emotionally dull person as he/she gets something upon which he can mentally rely on thinking that I have someone who can back up at my critical times. In other aspects, God is also said to be a controller of Karma which means deciding the future of the people as per their deeds in past. This turns out to be a beneficial thing for needy as they help to people for securing their future in a good way.

What is the loss of not believing the existence of god practically?

However, there are atheists too, those who won’t believe in God and creation perspective and live in the real world understanding their existence in logical and biological way. Such persons have nothing to back up their emotions when they are hurt or a companion to ask for help before going to accomplish a bigger task of their lives. Such people with no backups or companions may fail miserably in some situations unless they are confident. 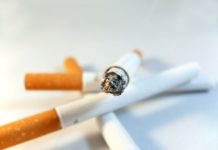 Why is there a tobacco ban in South Africa? 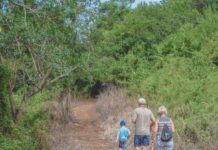 Renishaw Hills outlines 4 ways retirement has changed over the years 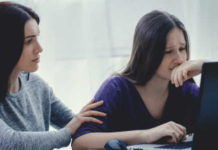 Tips and Tools to Block Inappropriate Content for Children Online