Ever since the earliest ages, animals played a significant role in people’s lives. Some were sacrificed to become meals, some were worshiped like true gods, and others were kept as pets to provide company and moral support for those in need.

However, long gone are the days when only cats and dogs were considered worthy of a human’s attention. In the past few decades, more and more people became interested in adopting less “conventional” animals in an attempt to feel unique and special, just like their pets.

So, take a look at some of the trendiest pets you could adopt right now and tell us which one would be a suitable option for you and why.

These furry rodents have only been recently domesticated but have become increasingly popular in the past 20 years. Unlike cats or dogs, chinchillas require less space and can be kept in small houses and apartments.

These furry animals are kind, loving, and loyal at the same time but they are also high maintenance. They prefer living in cool and dry environments, away from direct sunlight exposure. They are easily stressed and may take time until they get used to their owners.

Chinchillas are also social creatures and this is why you should always adopt a pair instead of just one individual.

According to this list, crocodiles aren’t as exotic as one would assume. They require special conditions to live and, no matter how tame you think they are, there will always be the risk of them biting or hurting you.

Crocodiles can survive both in water and on the ground but prefer switching from these two environments as they seem fit. Therefore, the only way you could ever own a crocodile was if your house would have access to a large pond or a lake.

On the other hand, with the help of this animal, you won’t be needing any yard treatment to get rid of unwanted pests.

These are definitely not children-friendly animals but we have to admit they still look cool! They can be found in various pet shops and they certainly make for unique pets.
Scorpions are strong and their sting is dangerous. If you want to keep them as pets, make sure to build a suitable home for them out of which they cannot escape.

One of the reasons why reptiles increased in popularity in the past few decades is because most of them are low-maintenance. They usually live in large glass terrariums or tanks and can be kept in smaller rooms as well.

The Bearded Dragon is no exception and has a reputation for being friendly, easy to transport, and convenient to look after. If your children are responsible enough, this reptile can become a wonderful partner in crime and promote a friendship that will last a lifetime.

This adorable fox species is smaller than most other foxes but makes a great pet for the entire family. It gets along well with other animals, including cats and dogs, and will even borrow some of their behavior if they all live under the same roof.
The fennec’s personality is playful and vigilant and prefers living an active lifestyle. It is fierce and requires plenty of space to run freely, so we suggest keeping one as a pet only if you have access to a large back yard.

Beautiful and majestic, this creature is no ordinary cat. She is the perfect combination of a house cat in terms of behavior and a wild creature in terms of looks. The Bengal cat is fast and full of energy, so she’ll need plenty of space to roam around and keep her senses sharp. 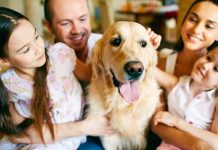 6 Reasons Owning A Pet Is Good For Your Health 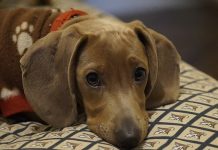 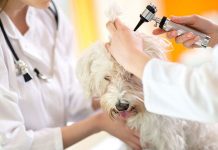