Taxpayers with an annual income not exceeding R500 000 will no longer be required to submit tax returns.

The announcement was made by the South African Revenue Service (SARS) Commissioner Edward Kieswetter during the launch of the 2019 tax season on Tuesday. This year’s tax season will begin on 1 July for submissions on digital platforms while walk-ins will commence on 1 August.

The deadline for digital submissions is 4 December while October 31 is the final day for walk-ins.

“We have decided to raise the threshold from R350 000 to an annual earnings of R500 000. This means you are not required to submit,” he said. However, there are provisions.

These include that the taxpayer’s total annual income does not exceed R500 000. Taxpayers, said Kieswetter, should also only receive income from one employer for the full tax year.

“Three; they don’t have any other form of income such as car allowance, business income, and rental income, taxable interest or income from another job,” he said.

Taxpayers in this category are also required not to have any additional allowable tax related deductions to claim such as medical expenses, retirement annuity contributions and travel expenses.

“Late submissions carry penalties and we remind you that it is a criminal offense if you do not submit a tax return at all – voluntary compliance matters,” he said.

To encourage voluntary compliance, the revenue collector said SARS goes out of its way to assist taxpayers comply.

“Dishonest taxpayers who are detected for an audit or a criminal investigation will experience the consequences of their action. Making payment when it is due is important as late payments will incur penalties and SARS will enforce those provisions,” he said.

He also warned tax practitioners against making false declarations, saying this was fraud and had serious consequences.

To further reduce unnecessary trips to SARS branches, the Commissioner said, taxpayers who are not required to file a return will receive a simulated outcome from SARS as if they had filed a return.

For the upcoming tax season, Kieswetter said SARS would be improving on online filing and submissions at branches by introducing innovations that would make it simpler and convenient for taxpayers. These include the issuing of customised notices indicating specific documents required in the event of an audit or verification and a simulated outcome issued before a taxpayer has filed.

“The revamped SARS MobiApp will make it even easier than before to use a smart phone to file a simple income tax return,” he said.

The app will allow simpler navigation and will see the introduction of biometric authentication. – SAnews.gov.za 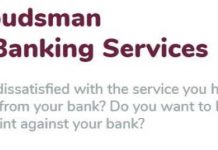 How to bank safely and efficiently during lockdown 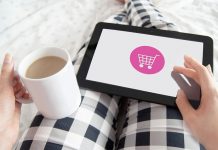 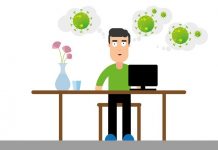