There’s no denying that 2018 was all about satiating our appetite for crossover vehicles that offer more space, a sporty feel, but still plenty of room for the whole family. SUVs ruled in 2018, but as we look ahead to 2019, the focus is more on the switch to sustainable fuel sources and smart hybrids. Here are five of the cars you should look out for in 2019 and beyond.

If you’re looking for a car that speaks to the head as much as the heart, you can’t go wrong with a Skoda. The company has been fast ditching its drab reputation with the arrival of SUV offerings like the Kodiaq, and now they’re taking on the mid-size market with this sensible offering. The Scala is quite simply attention to detail in motion, with an expansive rear window and slimline taillights that lend the car a luxury feel. The car has been compared to the VW Golf but with more interior space.

The original Honda C-RV is still a hugely popular car and the used cars on the market at the moment show that this model was built to last and retain its value. The updated Hybrid has done away with the increasingly demonised diesel engine and replaced it with a petrol/electric hybrid. It also features something known as Intelligent Multi-Mode Drive which makes for a more efficient ride, switching automatically between electric, hybrid and petrol driving.

One of the biggest complaints around fully electric cars is their lack of stamina for long drives. The latest incarnation of the Nissan Leaf aims to solve all of that with a larger battery pack. Full details of the Long Range Leaf are yet to be confirmed, but with the existing Leaf capable of reaching 150-miles on a single charge, we could be looking at distances in excess of 200 miles. And with so many incredible Nissan finance seems as good a time as any to make the switch to a fully electric car.

The fully-electric Mini hatchback is still only announced in concept form, but the initial hints look promising. In their own words, they’re still busy “tinkering, toying and perfecting our fully electric offering”, but many anticipate the fully electric Mini range will be built on similar technology to the BMW i3. For those who are a fan of the iconic Mini styling but want something that is kinder on the environment, or just cheaper to run, the Mini EV is sure to be a hit.

It wouldn’t be right to round off the list without including a true sports car. Perhaps the most hyped car of recent years, the Toyota Supra made its debut at the Detroit motor show in January. The result of a joint venture with BMW, the Toyota Supra is, in essence, the same car as the BMW Z4 but without the convertible roof. Under the hood, you’ll find a six-cylinder engine and an option for an eight-speed automatic transmission. The car will be available on limited release and there’s already a waiting list to get behind the wheel. 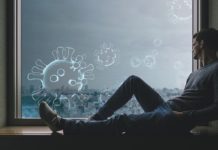 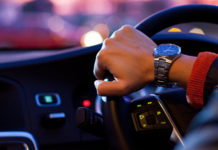 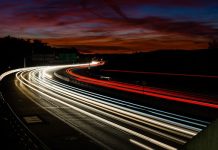