Klaus Grohe, the third son of Hans Grohe – founder of Hansgrohe – and the man who spent the better part of the 20th century bringing the world its most beloved collection of sanitary-ware.

When Klaus was just a baby in his father’s arms, Hansgrohe employed around 100 people. Today, the company employs just under 5 000 employees in 22 sales offices worldwide, shipping products to more than 140 countries.

Restricted from working for the company until the age of 25 by his father’s wishes, a young Klaus was a natural inventor, always tinkering on this or building that. With a business administration degree from the University of Bern, he made his way halfway around the globe gathering experience with internships, trainee programs and travel.

In 1968, Klaus returns to become the Head of Organization in Schiltach, before being appointed Head of Marketing. His development of an incredible sales team leads to his appointment as sole CEO in 1977 – at the age of 40.

It doesn’t take long for his talents as a visionary and far-sighted leader to come to the fore. “KG”, as he is known, transforms Hansgrohe from a mid-level company in Germany to a global player in the sanitation game. In 1968, they reported 35 million Deutsche Mark in sales. Ten years later, that figure was 120 million. By 2008, this number was close to one billion Euros.

Klaus pioneered digitization at the company, bringing the future into the doors of the business. He was also one of the first to define a Corporate Identity – something quite new in those days.

“This guy is, and always has been, unbelievable. Full of ideas and passion,” is what famous designer and long-time friend of Hansgrohe products, Phillipe Starck, had to say about him.

Not only is Klaus at the helm of an innovative and award-winning company, he also decides that it needs to become an eco-friendly one too. In the 1980s he makes environmental thinking and acting a core value in the business, as they become advocates of water. Hansgrohe become a benchmark for ‘going green’ in the industry. In 1995, Hansgrohe wins the first environmental award for an industrial company in the world.

“Climate change is already a reality today. When it comes to minimizing CO2 emissions, all of society needs to get involved. We’re paving the way today for the day after tomorrow,” said Klaus in 1990.

Klaus retired from the helm in 2008, passing his legacy to his two sons and the new CEO Siegfried Gänßlen. He remained the Chairman of the Supervisory Board until 2015 – aged 78.

Looking back on this illustrious career, one thing is clear – everything that KG touches, turns to gold.

About the Hansgrohe Group

With its brands AXOR and hansgrohe, the Hansgrohe Group, based in Schiltach/Southern Germany, enjoys a reputation as a leader in quality, innovation and design within the bath and kitchen industry. The Hansgrohe Group brings form and function to water with taps, showerheads and shower systems. The 116-year history of the company is marked by innovations such as the first hand-held shower with multiple spray types, the first pull-out kitchen tap, and the first wall bar to hold a hand-held shower. The company holds more than 17,000 active propriety rights. The Hansgrohe Group stands for long-lasting quality products. With 34 subsidiaries and 21 sales offices supplying products in more than 140 countries, the company is a reliable partner to its customers around the world. The Hansgrohe Group, its brands and products have won numerous awards, including more than 500 design prizes since 1974. Sustainable production of resource-conserving products is central to the company’s business activities around the globe. The products of the Hansgrohe Group are featured in projects around the world, such as the luxurious ocean liner Queen Mary 2, and the world’s tallest building, the Burj Khalifa in Dubai. The Group’s high-quality standards are ensured by five wholly-owned production facilities: two in Germany, one each in France, the United States and China. In 2016, the Hansgrohe Group generated a turnover of EUR 1.029 billion. It employs more than 4,800 people worldwide, about 60 percent of whom work in Germany.

iF Design Leader in the Bathroom Industry

In the current 2019 ranking of the International Forum Design (iF) of the best companies in the world of design, the Hansgrohe Group, with its brands AXOR and hansgrohe , ranks in the TOP 10* among 4,215 listed companies.

The Black Forest based showers and fixtures specialist outperforms famous brands such as Apple, Audi or Daimler and reconfirms the company’s leading position * in the bathroom industry.

For further information on our design awards, please visit www.hansgrohe-group.com/en/about/claim/design/awards. 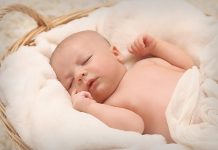 Baby sleep Miracle Review: Does this really get babies to sleep in 2020? 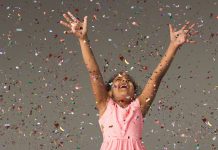 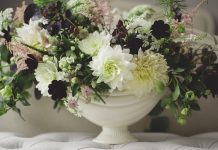 The Important Role of the Funeral Services Industry