It used to be that everyone wanted to buy a home, seeking pleasure and security, as well as the potential for future wealth.

But younger Americans are buying homes far less often than their elders’ generations did, and that puts a large sector of the U.S. economy at risk.

Since the housing industry currently accounts for 15% to 18% of the nation’s gross domestic product, any change in established behavior could have substantial consequences on the larger economy.

Researchers like me who are interested in the future of the U.S. economy are faced with some difficult questions about how millennials’ behavior is changing the housing market.

My recent research suggests that both increases and decreases in home prices can be directly tied to where millennials choose to live. If a long-term behavioral change is afoot, and this generation continues not to buy homes, it will very directly impact GDP.

Research has shown that younger generations lag behind previous generations in terms of milestones like homeownership and marriage.

One of the assets that set previous generations apart is home equity. In 2001, Gen-Xers held an average of US$130,000 in assets, compared to millennials in 2016 that held almost 31% less.

However, assets attributed to home equity are subject to the whims of the housing market. Just ask anyone still underwater on a home purchased before the financial crisis.

I analyzed data from the U.S. Census Bureau and American Community Survey from about 800 of the most populous counties in the U.S., or about 85% of the population, in a study that has not yet been published. The data show a rather disconcerting trend.

If no one ever moved from one county to another, almost all counties would gradually grow older in terms of average age.

However, the migration of primarily younger individuals has caused an escalation in this aging shift. Some areas are aging much more quickly than expected. In those areas, home prices have been vulnerable to long-term declines.

In other words, the trend of rising or falling home values follows patterns of migration in the U.S.

Two areas that provide an illustration of this are key to the oil and gas industry: the Midland-Odessa area of Texas and Ward County, North Dakota. Both areas have experienced not only a net decrease in the age of residents, but also a net increase in population.

This is far from a rural phenomenon. In Allegheny County, the Pennsylvania county that’s home to Pittsburgh, a similar increase in population has also decreased the average age of its residents.

The cost of a home

In 2018, such transactions are reaching levels just below the pre-crisis highs, accounting for almost 11% of all homes sold last year. The prices are inflated by buyers looking to “flip” houses. This forces younger buyers to compete with the professionals, pushing them out of the markets they are migrating to.

Younger buyers are further frustrated by the cost of what economists refer to as frictions. Frictions include commissions that average 5% to 6% of the purchase price, myriad inspection and appraisal fees, as well as mortgage and title insurance. All of this runs counter to the transparency and ease of access many millennials have become used to in the modern world.

Since the younger generation is better educated, one might expect significant wage increases to counter some of these frictions. But recent graduates between the ages of 22 and 27 earn about 2% less than their predecessors did in 1990.

If home prices had also stayed relatively flat, this likely wouldn’t be an issue. However, from 2000 to the present, average home prices have increased by about 3.8% annually, though this varies dramatically from county to county.

As urban areas continue to attract more new residents, many young people may need to reassess the true value that home ownership offers. Meanwhile, older generations are likely just becoming aware of the impact of millennial migration on the American dream. If you live in an area that is aging faster than the natural rate, the probability of your home value decreasing is very real. 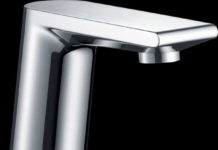 Sensor-controlled Taps and Faucets Offer Hygienic Comfort and Save Resources 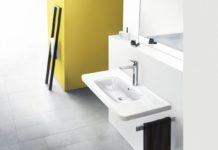 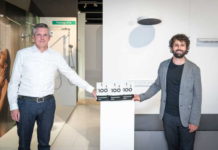 Hansgrohe are recognised as one of the top leaders of 2020