Raising kids is hard work – and raising a child with autism is that much tougher. Not only do you have to deal with all the typical parenthood challenges – like changing diapers, waking up to the sound of crying in the middle of the night and keeping little ones amused and entertained, but you also have to deal with some specific difficulties associated with autism.

Perhaps the most difficult thing with which to deal is emotional outbursts. Think temper tantrums that most littles display every now and then – only with interest. Autistic children have far more severe versions of conventional temper tantrums. When they have these so-called meltdowns, autistic children completely lose self-control and run a very real risk of serious injury.

Believe it or not, there’s plenty of research that suggests that aquariums can help to soothe and educate stressed children and, most especially, those that are autistic. The starting point was what has been known for centuries – that the sound of running water (think the sound of waves on a beach, rain or even a fountain or stream flowing over rocks) is very relaxing and even soothing. It comes as no surprise, then, that large fish tanks are included in dentists and doctors surgeries, nursing homes and restaurants.

Add this to another age old truth that is backed by extensive research – that dogs, cats and other pets provide companionship and can have an important calming influence http://www.helpguide.org/life/pets.htm on vulnerable people extending from children to the elderly. Horses, for example, are sometimes included in therapy for disabled children and even depressed or addicted adults.

Put the two together and you realise why many researchers began to look into how and why aquariums not only have a calming effect on people http://www.okeanosgroup.com/blog/aquariums/have-a-loved-one-with-alzheimers-science-says-get-him-or-her-an-aquarium/  in general but also on autistic children in particular. This is especially important when dealing with emotional outbursts. In fact, it is now well known that aquariums can help calm down autistic children long before they even reach meltdown-level anxiety.

It’s worth remembering that fish have many advantages over their furry compatriots.  Unlike cats and dogs, which might flee at the first sign of a temper tantrum or even strike back at an out of control child, fish are pretty harmless. A well-constructed, safe aquarium is therefore the ultimate, peaceful distraction.

One of the reasons that Nozipho Khumalo brought her son Moyomuhle to the Cresta Shopping Centre in Randburg. One of the largest shopping centres in South Africa, it is also one of the very first in South Africa to have its own aquarium. Known as the CrestAquarium, this spectacular marine educational centre includes a magnificent home for 32 exotic and extremely colourful reef fish from the Indo Pacific region.

Like Nozipho, be sure to bring the whole family to enjoy the calming effects of this fascinating marine environment. Decorated with plenty of rocks and plants, and filled with bubbles and fish either gliding by or darting in different directions, the CrestAquarium is the perfect way to calm both parents and little ones. 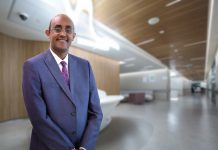 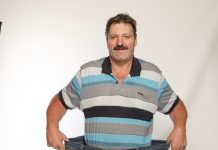 Thanks to his weight loss, Peet Snyman can now cycle with his wife – something that he has always wanted to do 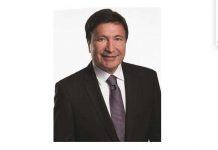