Scientists have known of the human coronavirus since the 1960s. But only rarely has it garnered wider recognition over the past half a century.

In both cases, the coronaviruses were new to science. Happily, both outbreaks were contained thanks to a combination of human intervention and still unknown natural circumstances.

In 2020 coronaviruses became a household name all over the world. Most people by now have heard of severe acute respiratory syndrome coronavirus-2 (SARS-CoV-2), or COVID-19. But some may not be aware that SARS-CoV-2 belongs to a family of viruses. And the family is, we fear, expanding.

Scientists know a great deal about human coronaviruses. But we don’t know it all. And there is a chance that scientists failed to identify a coronavirus pandemic in the 19th century. This brief introduction looks at the growing dynasty, as well as the one that we may have missed which could have a lot to teach scientists about COVID-19 and the human immune response.

The International Committee for the Taxonomy of Viruses has approved the naming of more than 40 coronaviruses. The vast majority of these infect animals. The COVID-19 outbreak has brought the number of identified coronaviruses that infect humans to seven. Four of these are community acquired and have circulated through the human population continually for a very long time.

The other three – SARS-CoV, MERS-CoV and SARS-CoV-2 – appear to have jumped to the human population more recently. Worryingly, these three result in a high mortality rate.

All coronaviruses are zoonotic. They start off in animals and can then, following mutation, recombination and adaptation, be passed on to humans.

The worry, though, is that these extended periods of animal coronavirus infection – together with a high recombination rate with other viruses as well as a high mutation rate – increase the probability of a coronavirus mutant developing the ability to jump to another host.

There is speculation that when an animal coronavirus enters this new host, the severity of the disease is significantly increased at the start of a new round of adaptation between the coronavirus and the new host. It is speculated – but not yet proven – that only after a very long period of adaptation and co-evolution could the new host adapt enough to the virus to be able to fight it off more effectively. This would result in milder symptoms.

The seven human coronaviruses have been reported to have domestic and wild mammals as intermediate and amplifying hosts. This means that they transitioned into humans via a few other animals after originating probably in bats and rodents.

The four community-acquired human coronaviruses – meaning that they are acquired or arise in the general population – typically cause mild cold-like symptoms in humans. Two of them, hCoV-OC43 and hCoV-229E, have been responsible for between 10% and 30% of all common colds since about the 1960s.

Even though these coronaviruses cause infections throughout the year, spikes in infections occur during the winter and early spring months. As with other respiratory viruses, such as the influenza virus, the reasons for this are not entirely clear. This group of human coronaviruses typically infects all age groups; multiple reinfections are common throughout the lifespan of humans.

Molecular dating is used in the biological sciences to estimate the age of evolutionary events. It has frequently been used to investigate the origin of viral epidemics.

In 2005, a research group from Belgium postulated that the ancestor of hCoV-OC43 – one of the current human coronaviruses responsible for a common cold – jumped from cattle to humans, leading to what they described as

a pandemic of respiratory disease recorded around 1890 in human history.

The researchers argue that in the second half of the 19th century a highly infectious respiratory disease with a high mortality rate, now known as contagious bovine pleuropneumonia, affected cattle herds around the world. Even though most industrialised countries mounted massive culling operations in the period between 1870 and 1890 and were able to eradicate the disease by the beginning of the 20th century, it is plausible that the culling personnel, animal handlers and farmers could have been exposed to coronavirus-infected bovine respiratory secretions.

Around the same time as this coronavirus jump from cow to human could have taken place, a human epidemic attributed to influenza was spreading around the world. This 1889-1890 pandemic was characterised by a general feeling of illness and discomfort, fever, and pronounced central nervous system symptoms. Strangely, the observed central nervous system symptoms were more pronounced during this epidemic than in other influenza outbreaks.

More than one million fatalities were linked to this pandemic. A significant increase in case fatality with increasing age was reported; this means that, as early findings on COVID-19 would suggest, the elderly were harder hit. Even though modern-day science investigation has linked this epidemic to an H2N2 influenza virus, absolute evidence linking this flu virus to the epidemic was never obtained. This is primarily due to the lack of preserved tissue samples from that period.

So if the influenza virus was not the virus responsible for the 1889-1890 pandemic, could there be another culprit? Since the most recent ancestor of the bovine coronavirus and hCoV-O43 was also traced to about 1890, and hCoV-OC43 is now known to have potential to invade and attack the nervous system, could the 1889-1890 pandemic have been the result of the jump of cow coronaviruses to humans?

If the answer is “yes”, the next question is this: could the adaptation and co-evolution in the 130 years since the pandemic explain why CoV-OC43 currently causes only mild cold-like symptoms in humans? How is it that the selfsame virus that killed one million people in the 1890s now causes no more than a few uncomfortable sniffles?

This could possibly be a key case study in herd immunity.

Burtram C. Fielding receives funding from the National Research Foundation (NRF) (South Africa) and the University of the Western Cape Senate Research Fund. Any opinion, findings and conclusions or recommendations expressed in this material are those of the authors and, therefore, the NRF does not accept any liability in regard thereto. 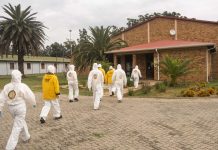 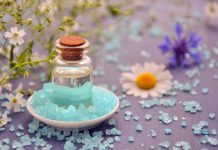 Types of massage oils with their benefits 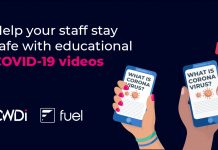