The stunning KwaZulu-Natal (KZN) seaside town, Port Edward, featured as the provincial finalist in the Kwêla Dorp van die Jaar competition on kykNET. Viewers are encouraged to vote for this popular coastal destination in order for Port Edward to take the main title and win R1 million worth of free advertising on kykNET. To support, voters simply SMS the ‘Port Edward’ to 33157 during the final voting period from Sunday, 9 August 2020 at 6pm until Friday, 14 August midday.

“It is so wonderful to see one of the KZN South Coast’s towns receiving such deserved recognition,” said CEO of Ugu South Coast Tourism (USCT), Phelisa Mangcu. “From the ocean through to the hinterland, there are so many exemplary cultural, natural and recreational offerings that have seen Port Edward grow in popularity as a tourism destination over the years. As a finalist in the 2020 Kwêla Dorp van die Jaar on kykNET, we are excited that so many people will have the opportunity to learn more about this coastal gem, and hopefully get the opportunity to visit when restrictions allow.”

The Port Edward feature on Kwêla Dorp van die Jaar, gave viewers an insight into some of the town’s incredible tourism options. These include, among many others:

The Kwêla Dorp van die Jaar competition on kykNET, which has been running since 2010, showcases South Africa’s many stunning towns, giving them a valuable platform while encouraging local tourism. Any town can be nominated via SMS, with the top three towns per competition district selected in February. These 3 semi-finalists featured on Kwêla, and viewers voted for the top town per district.

Kwêla viewers will get a chance to check out the eight finalists during the recap episode on Sunday, 9 August at 6pm on kykNET DSTV channel 144. Viewers are encouraged to vote for their preferred town, with voting lines open from 9 to 14 August midday. Voters are allowed to submit 30 SMS’s per number. Simply SMS ‘Port Edward’ to 33157. SMS’s cost R1.50 per SMS. The winning town will be announced on Kwêla on Sunday, 30 August 2020.

As an added incentive for Port Edward voters, the Port Edward Banners Rest Ratepayers’ Association (PEBRRPA) is running a competition where Kwêla Dorp van die Jaar voters stand a chance to win R5 000. Every 10 votes for Port Edward counts as one entry to the PEBRRPA competition – so one cellphone number qualifies for three entries. Simply click on the link https://jotform.com/202162796021045 to submit proof of your 10 SMS votes. 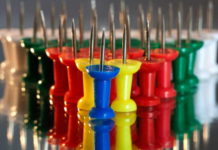 How to Find the Best in Modern Equestrian Wear and Tack 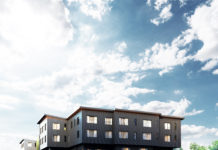 A New Way of Living for a New World 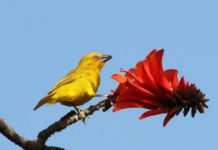