While most arthritis patients take to physiotherapists for treatment, they are unaware of the psychosomatic origins of the disease. Arthritis is essentially a manifestation of emotional congestion that arrest most people by their late twenties. This congestion causes the vital fluids in the joints to dry up slowly. Likewise a lot of friction is produced in the joints, making them brittle in the long run.

Nagging Pain in the wrist, pain felt in knees while getting up, or pain in ankle joints , shoulders, pain in finger joints while writing, basically any pain felt in the joints, is the beginning of arthritis. What is the cause of this pain ? As per Ayurveda, this pain is a collection of ama (toxins) in the body which manifests as swelling. If we don’t immediately make amends then arthritis sets in. To remove these symptoms and get rid of arthritis it has to be corrected at the root. Yoga and Ayurveda go to root cause of the problem and the root cause is the emotional centre, the person is emotionally congested.

Clairvoyantly, emotions are seen as small beings/devils flying all around, looking for a weak point to sit on. Wherever they find weakness/instability they go and sit there and keep collecting and form a colony and then start draining the body of the vital prana. Prana, the force that holds the creation together as well as your body. As this prana is constantly being lost from a part of the body it gasps for prana, the same way like you gasp for breath, due to which there is a reaction in the body, somewhat like an allergic reaction which leads to swelling there, that’s arthritis. So simply stop getting emotionally congested, stop being emotional, But then you will ask how is that possible for a normal person? Yes it is definitely possible. You have to lead your life for yourself, for your personal experiences, if you do this there is no question of you being emotionally congested. But if you lead a life to control other people, telling them what they are supposed to do or the other way round people telling you what you are supposed to do then the problem of emotional congestion  starts. So the simplest way to arrest arthritis is stop being emotional. If you think that’s too difficult then lets take help of yoga and Ayurveda.

Since the problem finds its roots in something that is beyond physical, the solution too calls for a more holistic approach. In the book ‘Sanatan Kriya, The Ageless Dimension’, I have detailed a technique to get riddance from heavy emotions by cutting connections with heavy prana from the surya chakra. This would remove all the heaviness and the body would feel light instantly.

Triphla , amla, baheda are mixed in equal proportions and pounded dry. This is called Tri-Phala , combination of three fruits. This mixture when taken twice a day- early morning and before sleeping at night with hot water, the pain starts to reduce.

In the next article we will take the help of specific yogic asans for getting rid of arthritis.

Yogi Ashwini is the Guiding Light of Dhyan Foundation and an authority on the Vedic Sciences. His book, ‘Sanatan Kriya, The Ageless Dimension’ is an acclaimed thesis on anti-ageing. Log onto to www.dhyanfoundation.com for more 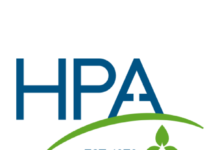 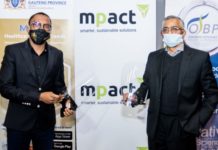